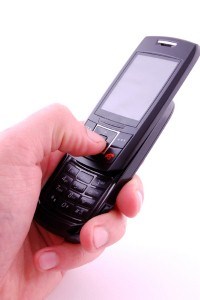 As debt climbs, more Americans are looking for means of obtaining alternative finance to make ends meet and many turn to a short term loan company. Lenders often depend on television commercials, online advertisements or positive word of mouth to reach customers. When making the foray over to new technological devices, however, there are certain regulations loan businesses need to be aware of. The federal CAN-SPAM Act that went into effect in September 2009 has set certain rules for businesses attempting to communicate with potential consumers or other businesses through a multitude of electronic means. There are seven main points to the federal legislation regulating content of the messages. The law says that businesses cannot use misleading data and must include contact information that the message receiver can use to opt out of future communications. A request to halt messages must be honored within 10 business days and cannot require fees, further action or any other personal facts from the consumer, except an email address. Lenders who want to communicate with a customer base electronically have to also monitor third-party advertisers they employ. The CAN-SPAM Act states that the lending company will be found responsible for any marketing tactics undertaken by a hired marketing company that are deemed illegal by this law.
Not simply limited to email, the law covers "any electronic mail message the primary purpose of which is the commercial advertisement or promotion of a commercial product or service." The New York Times noted that due to the evolution of technology, advertising text messages from short term lenders sent to people who have not requested them would also be prohibited based on the law. Hackers pretending to be short term lenders have begun sending text messages as well. Giving a bad name to legitimate short term lenders, these texts can end up costing the consumer money in messaging charges, so it is important that loan financiers keep an eye out for possible business identity thieves. Penalties for disregarding the CAN-SPAM Act include payments up to $16,000 for each communication sent or imprisonment. Emails that make misleading claims about services or products will be penalized under this act and could also face false advertisement charges under the FTC Act. Short term lenders should invest in advertisements in order to reach out to the multitude of Americans who need fast money in the case of an emergency or unforeseen expenses. However, company owners need to be aware of the correct avenues to take to ensure business continuity.
Alternative Consumer Credit Data