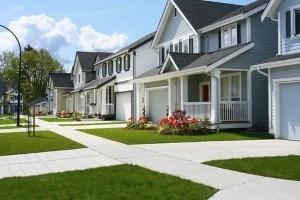 There are many reasons why an individual may need to take out a short term loan. An unexpected injury occurs and the subsequent medical bill is high, the family car needs immediate repairs after a breakdown, a necessary household product is destroyed - the list goes on. It is not just the downtrodden that often need short term lending after experiencing an emergency. Recent reports revealed that these types of companies are doing particularly well in suburbs, where normal Americans are still experience tough financial times. Suburban families need fast cash According to Fort Worth Weekly, this sentiment is particularly true in Texas towns. Using the town of Haltom City as an example, the source explained short term lending storefronts are growing at a rapid clip and seeing a lot of business. The expansion can be attributed in part to the recession and its aftereffects. FWW reported that short term lenders used to be stationed primarily big cities but have found niche markets with middle to lower class families residing in suburban areas after the effects of the fiscal downturn were especially tough on those segments of the population. As such, in the Lone Star State, the number of short term loan companies doubled between 2006 and 2010, according to FWW. However, lenders should be aware that to control some of the expansion, a number of lawmakers have instilled city, county and statewide ordinances that require company owners to obtain a license before opening new storefronts. These leaders should always check their area laws before embarking on a new venture. Interest in loans spread nationwide Not just in Texas, the influence of short term lenders can be seen across the United States. The Pew Charitable Trusts recently released an interactive map that showcases the use of the borrowing options in the majority of the 50 states, including those that have instilled restrictive legislation. According to the new tool, which is part of the organization's Safe Small-Dollar Loans Research Project, there are 28 states that are permissive and do not rein in the influence or charges levied by such companies. Conversely, eight states have hybrid policies, or laws lenders must comply with, while 15 states have banned the practice. In Texas, for example, the map shows that 8 percent of citizens have taken out a short term loan within the last five years. The national average, Pew found, is 5.5 percent of the population has tried this form of short term lending at least once.
Short Term Financing