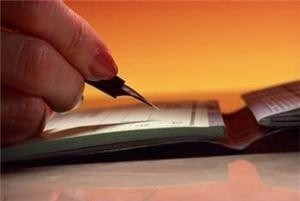 Though legislators around the country are working to restrict the way short term lenders conduct business, some are learning how to roll with the punches and stay profitable. Though short term lenders have come under fire from critics and lawmakers, the services can help people who are unable to get a traditional bank loan due to a negative consumer credit report. They also offer an alternative form of financing for unbanked consumers, a group which includes up to 28 million Americans, according to estimates from Bank On California. Lawmakers in Texas are proposing a bill that would cap the interest fees on short-term loans, and short term lenders there have warned that the bill would force them to shutter operations, reports The Star-Telegram of Fort Worth, Texas. One Fort Worth-based lender, Cash America, reported no adverse affects on its 2010 revenue in its annual 10-K filing, despite stricter rules in Colorado, Illinois, Wisconsin, Arizona, Montana and Maryland, according to the newspaper. The regulations were so tight in three of the states that the company stopped providing loans in those locations. Last year, the company grew its consumer loan segment by 33 percent, the newspaper reports, and had a $207 million operating income in 2010, double what it was in 2006. Cash America was able to weather the legal storm by developing new products and increasing loan volume in other markets, such as pawn shops, and in foreign countries. Pawn shop operators are also stepping into provide financing options beyond bank loans, Zacks.com editor Tracey Ryniec writes for the Forbes blog. Some companies, such as EzCorp, offer pawn loans, short term loans, installment loans and auto-title loans. EzCorp has 1,000 stores in North America, 500 short-term consumer loan stores in the United States and Canada, and 500 pawn stores in the U.S. and Mexico. That company recently partnered with Rev Worldwide to further expand its offerings. "We want to be less centered on the short-term cash needs of the cash and credit constrained customer and more focused on serving a variety of financial needs for a broader range of consumers," said Mark Kuchenrither, EzCorp's senior vice president of strategic development. While some short-term lenders are making headway in parts of the country, others may soon run into more regulations. Rhode Island lawmakers recently reviewed a bill that would cap interest on short term loans at 36 percent, The Associated Press reports.
Short Term Financing