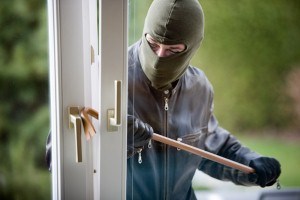 Pawn shops can be great places for those who would not qualify for a traditional bank loan to access fast money. This form of short term lending can be good for both brokers and borrowers because it presents little risk. The individual uses a personally owned item as collateral to borrow cash, and if they don't pay the loan back in a certain amount of time, the broker gets to sell the merchandise. However, sometimes criminals pawn or sell items at shops that they have obtained illegally. They get money for things they've stolen, making a large profit. Pawn brokers have to work hard and vigilantly to make sure they don't invest in missing pieces, often working with local law enforcement. However, leaders have to ensure they're following all laws regarding the sale of stolen products to the letter, or they could risk facing charges as well. New Hampshire broker arrested
Recently Fred Brent, the owner of Laconia, New Hampshire's Cash N Toys, was arrested and convicted of receiving stolen property, the Laconia Daily Sun reported. The source said Brent claims to have filed a report for a transaction initiated by seller Richard McNeil, in keeping with city ordinances requiring every transaction to be documented. However, the items McNeil brought to Brent's store were stolen from Lowe's Home Improvement, though the store had not filed a missing report. Brent claims he had no idea the tools were taken illegally and that he was abiding by the rule that all new items have to be saved for at least 12 days, the Daily Sun said. Regardless, both men were arrested. A jury recently found Brent guilty of receiving stolen property and the vote to revoke Brent's pawn license will come on October 3. Brent decided to close the store altogether. Brokers usually help with recovering items
Pawn shop owners are usually on the other side of this debate. Many choose to help police officers with identifying thieves and bringing them to justice. Though he maintains his innocence to the Daily Sun, other brokers can take Brent's situation as an example of what not to do. They should always question sellers on where they got the item. If they don't know integral facts about the merchandise, leaders may want to regard them with suspicion. Many brokers have been helping police catch criminals lately, including one in Lee County, Florida, WZVN-HD reports. Alan Redfield, owner of KC Pawn, told the news provider that the company speaks with local law enforcement twice a week to identify potentially stolen merchandise. He keeps an eye out for certain things, like tools, which owners have a tendency to mark with their names or other symbols.
Short Term Financing