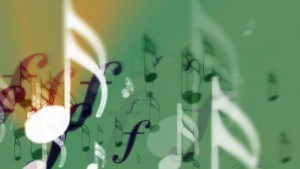 Internet radio is among the most popular aspects of surfing the web. And as a result, many businesses have been able to take advantage and turn applications into profits. One of the most recent companies to cash in with an initial public offering was Pandora, which raised $234.9 million in its business valuation. High-level executives including Tim Westergren, founder and chief strategy officer, Joe Kennedy, the company's president and CEO, and others, were on hand to ring the opening bell on the New York Stock Exchange. The firm was welcomed to the NYSE by Scott Cutler, an executive vice president and co-head of U.S. listings and cash equities. "We are thrilled to welcome Pandora to our community of innovative tech companies," said Cutler. "Pandora has transformed the music experience for millions across the country with its inventive Music Genome Project. We congratulate Pandora on its IPO and look forward to a long-standing partnership with the company and its shareholders." And while the first day of trading was seen as a positive business valuation by insiders, the day after was certainly worrying to those who were heavily investing in the company. The day after its IPO, stocks for Pandora dropped to a price of $13.26 on Thursday, which was 17 percent lower than its $17.42 closing at the bell Wednesday. The firm generated $51 million in the first quarter ending on April 30, which was significantly higher than the $21.6 million it made during the first quarter of 2010. The internet radio company is just the latest to gain a high business valuation from Wall Street. LinkedIn, a networking site for business professionals, recently received a market cap of nearly $7 billion, according to VentureBeat, higher than many internal estimates from the company. The firm has been able to gain such favorable consideration from the market thanks to its consistently improving earnings statistics. The company reported increasing its first quarter revenue in 2011 by 110 percent to $93.9 million compared to a year before.
Business Valuation