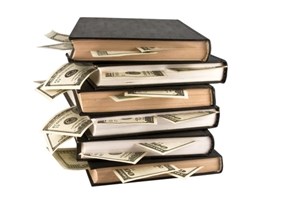 The small business lending market has continued to experience a resurgence in the past several months, marking almost a year of consistent gains in credit accessibility. This is a very welcomed trend among entrepreneurs and economists alike, as small business owners are responsible for such a high rate of hiring, gross domestic product and other critical aspects of the financial situation in the United States.

However, the commercial lending landscape has been forever changed by the economic crisis, especially as big and small banks are only now beginning to achieve pre-recessionary loan disbursement volumes. Alternative channels of lending kept small businesses afloat during the toughest fiscal times in the past five years, and continue to be used in the current recovery.

The most recent Biz2Credit Small Business Lending Index was recently released, and showed some of the emerging trends that are currently shaping the commercial loan market for entrepreneurs. One of the most telling statistics found in the report is that larger and smaller banks approved a higher rate of commercial loans in August than any other time in the several months.

According to the authors of the study, traditional financial institutions are aggressively working to gain a stronger following in the small business community, which has been made necessary by the complete abandonment that occurred during the height of the recession. For example, larger banks went from approving nearly 50 percent of small business loans before the financial crisis to less than 10 percent in 2011.

Now, the index found that these institutions approved 17.4 percent of small business loans in August, while smaller banks increased their acceptance rates to 50.7 percent. Still, while these two sectors are increasing efforts to reach and retain small business owners, alternative lenders remain well ahead of any other competitor when it comes to approval ratings.

"The resurgence of small business loan-making at traditional banks is impacting alternative lenders, who generally charge higher interest rates," stated Rohit Arora, Biz2Credit's CEO. "Borrowers would rather apply to banks with brand names that they trust, particularly since they are easing their lending criteria and granting more loans than at any time since the recession."

What alternative lenders can do
Now might be the time for alternative financial services providers to get on their horse and put in greater effort to reach and retain small business customers. These lenders were extremely successful because of both opportunity and the use of advanced technology during the recession, but now need to improve their brand image and actively seek clientele.

From a small business owner's standpoint, though, only judging a specific loan product off of the brand's image will rarely lead to the best outcome. Entrepreneurs should consider all options on the table, especially alternative loan opportunities, before making a final decision.