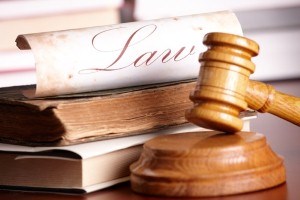 A provision in the Fair Debt Collection Practices Act recently worked against three Oregon debtors, and may have far-reaching implications for others behind on card payments in the state, the Oregonian reports. Residents Gloria Stevens, Eric Deboer and Rigoberto Porras all signed up for credit cards with Delaware-based Chase, and all had their accounts sold to debt collection agencies after they couldn't pay their bills. However, more than three years passed before before any of them heard from a collection agency, although they were all sued within six years of their debt becoming delinquent. In Delaware, the statute of limitations for lawsuits against delinquent debt is three years, so when the agencies came knocking after that grace period the debtors felt they were overstepping their boundaries. However, Oregon's statute of limitations is six years, and, due to a provision in the Fair Debt Collection Practices Act that says collectors can't sue in a state other than where the consumers live, the residents' debt was still viable despite the fact that Chase is based in Delaware. "The rulings could affect wide swaths of Oregonians who have agreements with banks, such as Chase, that are based in Delaware, New Hampshire or other states with three-year statute of limitations," the news source notes. According to CreditCards.com, statutes of limitations vary between three and seven years across America. Many northeastern states such as Maine, New York, Vermont, New Jersey, Massachusetts and Rhode Island all have six-year limitations. However, Delaware just missed the cut, joining other states on the Mid-Atlantic coast such as Virginia, North Carolina and South Carolina, which have three-year statutes. The Oregonian reports that the state's Court of Appeals overturned previous rulings by judges in Clackamas and Washington counties, which sided with the three debtors. However, as a result of the high court ruling, Stevens still owes more than $2,000, Deboer is in the hole more than $6,000 and Porras' amount owed is still unknown. Portland-based attorney Craig Colby, who was hired by the consumers for the case, told the media outlet the banks are partially to blame for issuing the credit cards, and that people find the plastic in their wallets "irresistible," resulting in them spending beyond their means. "Should Chase have issued the credit cards?" Colby asked, as quoted by the media outlet. "There is fault on the part of the bank."