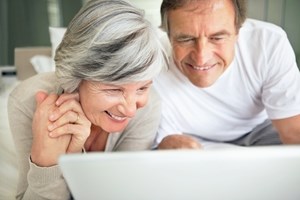 Electronic payments have quickly become popular among American consumers, and in many ways, that has helped the retail industry.

A recent IBM survey revealed that holiday retail sales grew nearly 5 percent in 2012 compared to the previous year, according to 24/7 Wall St., driven largely by a more than 14 percent year-over-year increase in online sales. Three-quarters of respondents cited improved prices and convenience as their motivation for using electronic payments methods.

At the same time, the study indicated that concerns about brick-and-mortars being rendered obsolete due to online payment methods may have been overblown, as 84 percent of shoppers made their most recent purchases inside the stores.

A separate study by PricewaterhouseCoopers compiled its list of biggest online shopping myths, including:

- The demise of retailers due to electronic payments has, at least so far, been "greatly exaggerated." In many cases, online shopping methods have actually boosted retailers' sales numbers.

- Rather than being a stand-alone tool, social media is most effective when its used in conjunction with other sales strategies. It could, however, become a tool that increases shopping across different channels.

- While tablet and smartphone and shopping popularity has grown rapidly, consumers won't be abandoning personal computers anytime soon. Retailers shouldn't focus on mobile strategies at the expense of its other online experiences.