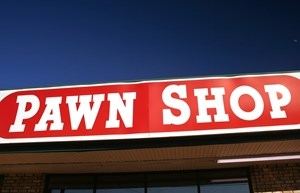 Securing short term lending is becoming easier again for small businesses, but banks still aren't handing out loans as readily as they did in the past. As a result, many companies are turning toward alternative financing options - and in some cases, that includes online pawn shops.

Don Battis founded Pawntique, an online pawn shop based in Portsmouth, New Hampshire. In a recent interview with the Southcoast Business Bulletin, Battis said that 60 percent of his company's loans are made to small businesses.

"These are people who are having trouble getting bank loans," he told the news source. "We're one of the new products that have cropped up in the last few years. We loan based on what we feel we could liquidate the item for."

Pawntique deals primarily with businesses that have poor credit, providing loans that average between $2,000 and $2,500. Bettis said that they typically exchange these loans for valuable assets - like jewelry, cameras and watches, among other products - which are either sold to them or used as collateral. However, he told the source that 80 percent of these items are eventually redeemed.

Alternative lenders, on the other hand, typically hovered between 63 and 65 percent approval rates, including an average 63.8 percent mark in December 2012 - thus making alternative lending the easiest means by which small businesses can secure finances.

All four methods make short term lending available to companies with poor credit history. Much like Battis' online pawn shop, asset-based lending is based on the value of a business's products - which can be used as collateral - as opposed to its credit.

At the same time, banks have shown some signs of loosening their standards for loan applications. The Biz2Credit? study revealed that big banks achieved a more than 6 percent year-over-year growth after reporting a 14.9 percent approval rate in December, while small banks accepted nearly half of all loan requests.