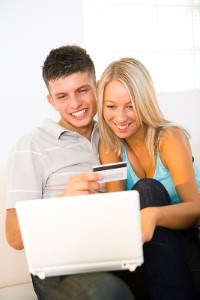 Many people are finding the pawn industry to be a good venue for short term lending options when emergency expenses come up. To cover some unforeseen costs, individuals have been heading to their local pawn shop and surrender their goods in return for cash, which must be paid off with interest if they want to see their items again.

However, sometimes traveling to a pawn store can be an issue if the person does not have transportation or there is no business in their area. So pawn businesses have taken their companies to another medium - the internet. Individuals who need money can have their item appraised from the comfort of their own home and receive fast cash. Success already seen Pawngo was the first established company to take their business online. Though the company won't receive items such as televisions, video game systems, guns, cameras and other like-items, according to Live Science, the firm has seen a lot of profits from making loans on jewelry, small electronics, art and other high-end items. Since the website was developed in June 2011, Technorati reported, the company has made $6 million in profits and has made deals with customers in 48 states. Other businesses are quickly following suit, including iPawn, because they appeal to a large range of people that would not be able to qualify for traditional loans due to bad or no credit. The process In Pawngo's case, consumers speak to an employee on the website, answering questions about the item they are attempting to pawn, Live Science reported. The employee uses the information to calculate the amount of the loan, which the source said is approximately 75 percent of the value of the item offered. If the person pawning the good agrees to the terms, they print a mailing label from the website and and ship the item. After the item is inspected by workers, the loan amount is transferred into the individual's bank account, according to Live Science. Safety People looking for loans from online companies should be advised to do their research before sending their items to a company. Though the pawn industry is largely regulated, some criminals could potentially entice someone into sending their goods, but will never contact them again. A simple internet search will prove to the consumer whether the business is real, and once that is completed, the transaction should occur with no problems.
Short Term Financing