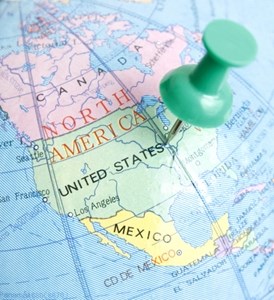 Short term lending has become a major source of financing for millions of Americans. In fact, the practice has proven to be beneficial for a number of individuals that may not be eligible to obtain credit from traditional banking outlets. As a result, a significant portion of underbanked Americans rely heavily on short term loans as a primary source of financial support. Without access to these services, millions of United States citizens could struggle to make ends meet.

Despite the need for such services, some organizations are taking steps to promote regulation of the industry. A recent report from the Pew Charitable Trusts recommended that states maintain their policies that set maximum charges for loans to individuals with low credit scores. Few can argue that such laws are responsible and valid. However, they do not offer a comprehensive solution effectively managing the industry.

Instead of promoting state-level regulations, many industry groups are calling for federal laws to be implemented to make the sector uniform from state to state. This shows that short term outlets are willing to accept regulations, even though their operations are already significantly constrained.

The National Conference of State Legislatures noted that 38 states have specific laws on the books that control short term loans. Further, 11 have general loan-cap regulations in place, while some even forbid the practice. Also, many states do not allow short term loan amounts to exceed $500, much lower than any other type of loan product.

Although many in the industry could claim that such laws are excessive, short term lenders have successfully stayed in operation. One reason is because lenders provide services that are in such high demand that they have been able to cope with these policies due to sheer volume.

In the wake of the Pew report, the Online Lenders Alliance (OLA) released a statement that outlined the group's desire to accept and promote further regulations. However, the organization wants to see change implemented at a national scale.

McGreevy has a valid point, particularly when it comes to allowing Americans access to online loans. These products can be extremely convenient for consumers, as they can be applied for at home, avoiding the need for cash-strapped individuals or borrowers without vehicles to spend money on transportation to a physical outlet.

Negative impact of complex state laws
However, highly conflicting state policies regulating short term lending make it difficult for both lenders and consumers to thrive. Recent overzealous steps taken by New York financial regulators that put the clamps on 36 online short term lenders showed just how detrimental conflicting state laws can be to the industry. Although the lenders in question offered loans at rates considered legal within their states - or Native American nations in some cases - regulators claimed they were violating New York state loan-cap laws.

For this reason, OLA's stance is a constructive one. The fact that these financial service providers are open to additional regulation shows that they are willing to work with lawmakers to create a lending environment that is just as beneficial for them as it is for consumers.

Federal policies that support the industry could prove beneficial in the long run. Many Americans utilize short term borrowing as a primary source of funding. An overly complicated legal landscape will only limit these individuals access to financial tools. Therefore, federal mandates that make it easier for short term lenders to provide financing may be the best way to support American consumers.