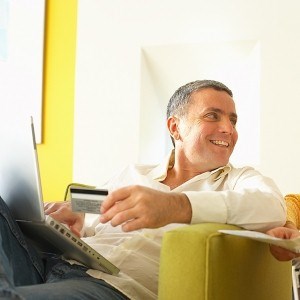 Many people assume debt collection agents will approach citizens only after they default on loans or bills go unpaid. Communication with someone in the recovery field is becoming a leading way for citizens to discover their identity was stolen. Identity theft can occur because of a number of factors, including the loss or misplacement of a credit or debit card, stolen medical records or the compromisation of a number of other personal documents. The crime is also becoming common due to a hacker accessing financial information during online purchase check outs. ThreatMetrix recently published a study ranking 150 American cities on their risk level involving online transactions. After reviewing almost 1 billion online purchases, the cybercrime solutions company named New York City the most dangerous American hub in which to make a purchase over the internet. The top 5 cities that see the most online fraud were New York, Atlanta, Chicago, Los Angeles and Omaha. Administrators at ThreatMetrix said cities that take part in a lot of international business, have high connectivity rates and experience a high volume of shipping transactions generally ranked higher on the spectrum. The report found transactions taking place in New York to be 1.5 times more risky than in Atlanta and twice as likely to result in fraud than online purchases made in Chicago. This new list is vastly different from the October 2011 findings of AVG Technologies, which ranked New York in the 34th position, while claiming San Antonio, Tampa, Atlanta, Dallas and Oklahoma City were the urban centers most at risk for online breaches. In Santa Cruz, California, police recently warned citizens about the increasing frequency of online credit and debit card number thefts, the Santa Cruz Sentinel reported. There was a notable increase of compromised identities on the weekend of April 14 and 15, the source said, which police believe may have to do with the recent breach into Global Payments, during which 1.5 million Visa and MasterCard numbers were stolen. According to the source, citizens who are worried that their identity was stolen last weekend are urged to contact police with a detailed account of the card used to buy the goods, what products were purchased online and when the transaction was completed. Online identity theft is rising, though it is still not the biggest threat to a consumer's finances, Lake Charles, Louisiana's KPLC-TV reported. Personal records used to fund fraudulent purchases are most often stolen by someone the citizen knows.
Electronic Payment Risk