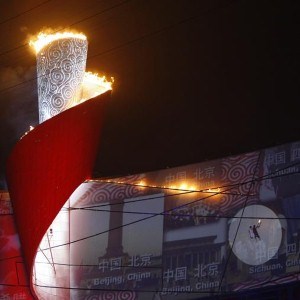 After filing through approximately 37,000 applications, the London Organising Committee of the Olympic Games (LOCOG) has narrowed down the 8,000 participants chosen as torchbearers for the Olympic torch relay, HR Magazine reports. The torch relay takes place prior to each Olympics, "and is the first sign that the Games are heading to the host city," the news source adds. BBC News points out that the relay, which is scheduled to take place on May 19, covers 8,000 miles across the U.K., and participants will run through more than 1,000 different landmarks. About 110 people will carry the torch per day. However, given the magnitude of these roles, LOCOG announced that participants will be subject to extensive identity authentication and background checks, as torchbearers are "some of the most high-profile faces (leading up) to the Olympic Games," the media outlet explains. If a person with a criminal history or ulterior motives happened to be approved for this role, it could potentially damage the Olympics' reputation. The torch's journey will begin in Land's End and finish at Olympic Park on July 27, where it will light the cauldron at the opening ceremony.
Background Screening