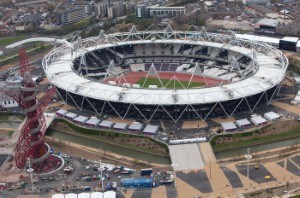 Due to the vast popularity of smartphones in the United States, many have turned to their cellphones to make a variety of payments online, from car insurance expenses to debt collection resolutions. Mobile payments are the next biggest thing to take over the American market. However, many finance experts are looking to the upcoming 2012 Olympic Games as the boost needed to make the process more widespread. Though the games are being held in London, a number of industry veterans believe that consumers in the U.S. will be turning to mobile devices to be like their favorite athletes. Athletes to use phones for electronic payments According to Investor Place, the 10,500 athletes will be outfitted with the new Samsung Galaxy S3 smartphone, which comes with Visa's mobile payment application payWave. The professionals will be encouraged to simply swipe their phones in front of readers while paying for purchases in the United Kingdom. Investor Place reported that many experts believe the Olympics will serve as the springboard to jump start mobile payments worldwide. Numerous banks, like JPMorgan and ING, also offer similar applications for their clients, the source said, and many different industries allow customers to pay in this manner. Athletes will be waving their phones in front of readers in various venues in the U.K., including point-of-sale locations in storefronts, as well as in taxis and other less traditional payment locations. American retailers in any sector may want to adopt the solutions to account for the foreseen boost in popularity. Merchandisers and financiers alike may be able to realize cost-savings benefits and easier record-keeping tactics. Becoming more popular in the U.S. While the payment option's popularity is predicted to soar after the Summer Games, there is already visible expansion within the U.S. According to Investors.com, a recent IDC Financial Insights survey revealed that 33 percent of Americans are already using their smartphones to make payments at various point-of-sale locations. Of those who made mobile payments in the last year, 56 percent used eBay's PayPal application, 40 percent tapped into the Amazon Payments app and another 40 percent claimed to have used iTune's mobile service, the source reported. Investors.com detailed that though many consumers tend to use mobile devices to purchase music and movies that can be accessed on the phone, the majority of individuals buy physical goods with their phones, as opposed to other means of electronic payments.
Electronic Payment Risk