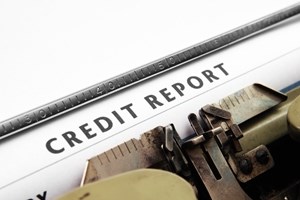 At this point millions of Americans know full well that their credit history plays a major role in their everyday financial lives. It can determine everything from whether they have access to credit to what they end up paying for it. However, there may be a disconnect in other ways, as the standard documents people often use to review their credit can differ significantly.

When it comes to credit-related documents, consumers will often hear about two of them more than any others: Their credit reports, and their credit scores. There is, of course, a huge difference between them, but many may not know what they are, and that can pose a major problem.

Surveys have routinely shown that while people may know about the importance of having healthy credit and so on, they don't usually have a lot of knowledge about what goes into those backgrounds. It therefore stands to reason that this lack of understanding extends to credit reports versus credit scores, and when people don't know the difference, they might not be able to improve their standing.

For those in the credit industry, the difference is obvious: A credit report is a comprehensive summary of all the credit accounts currently in their names, and some of the areas where they might have made a misstep. Meanwhile, a score is simply the distillation of all the information on a report into a three-digit number that quickly and easily tells lenders and consumers alike the type of credit risk they pose at the time the score is drawn.

What else to know
Moreover, consumers are often inundated with commercials advertising access to a "free credit score," though it's likely that some hidden fees are involved in that transaction somewhere down the line. However, while it's important to at least have a good idea of one's credit score, knowing the exact number isn't that vital, and it's certainly not as crucial as knowing which areas of a personal credit profile may need a bit of work.

Meanwhile, federal law allows consumers to view three credit reports per year free of charge, and checking a credit report also helps consumers identify items that might be inaccurate in some way, or an account they don't recognize, whereas a credit score would not. Having the ability to find out whether this is the case can likely help consumers who are being negatively impacted by incorrect credit data - which appears on a large number of consumers' reports - to get themselves out from under the problems that may be dragging down their rating, through no fault of their own.

In addition, consumers might also be glad to learn that alternative credit scores can further aid in their attempts to improve their overall financial standing. This is because these scores take into account other considerations, such as how regularly they've paid their rent and utilities bills each month, to paint a more complete picture of their finances.