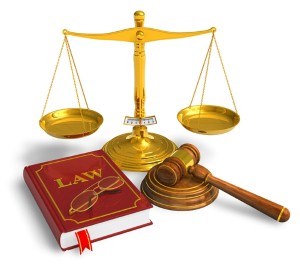 While there are rogue workers out there that threaten to weaken the reputation of the entire industry, the majority of debt collection agents are aware of the regulations they must follow and take steps to abide by best practices. These professionals are simply doing their jobs and trying to recover money rightfully owed to stores, credit companies, government agencies or another entity. However, if consumers feel they've been wronged, they have the right to file a complaint alleging that the collection agency violated a law. The most common type of claim has to do with the most overarching regulation, the Fair Debt Collection Practices Act (FDCPA). It must be noted, though, that not all alleged violations are valid, so agencies have to do whatever they can to not only ensure debtors are satisfied with recovery attempts, but also to uphold their reputation. Fighting bogus claims
In a recent podcast posted on insideARM, attorneys John Rossman and Mike Poncin outlined the options companies in the industry have when faced with an FDCPA violation claim. The lawyers explained that there have been many stories in the media lately, but not all of the alleged harassments are provable or actually true. Companies may find it's best to fight against being accused of violating the law when no such incident occurred. One way to preemptively protect against possible false claims is to ensure best practices are followed when training employees, Poncin explained. This way, if an allegation arises, employers will know that their worker most likely did everything right. Moreover, a great thing to do before communicating with debtors is to invest in call-recording tools, because this can prove that no illegal situation occurred, the lawyer said. After a lawsuit has been levied, the podcast detailed, there are a number of things the company can do. For instance, Poncin noted the firm's attorneys should look into the history of the plaintiff to see if they have claimed bankruptcy, have a criminal history or have filed suits of this kind before, which can be particularly important if they've made the same claim. Rossman said this is often the most overlooked tactic available. On the decline
It seems, however, that fewer and fewer companies are having to think about their tactics in the first place, as less FDCPA violations are being reported. According to a separate insideARM article, these allegations have been declining in number in comparison to 2011 figures. The news provider detailed that FDCPA suits were down by 5 percent this summer when compared to the warm weather months of 2011.
Debt Collections