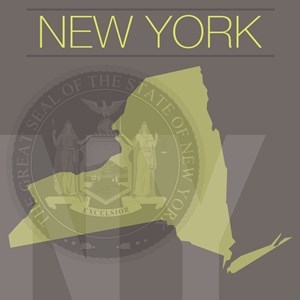 Short term lending companies play a vital role in providing funding for a large portion of the American public. However, officials in New York are attempting to clamp down on the industry which could have negative consequences for the state's economy and its residents.

According to The New York Times, Eric Schneiderman, New York's attorney general, recently filled a lawsuit against an online small dollar lender for what he claims is a violation of state loan rate laws. The lender in question is charged with providing loans with rates in excess of 25 percent, the maximum allowed in New York.

However, the use of the Internet brings the legitimacy of this lawsuit into question. A legal grey area, it's certainly a bold move by Schneiderman to file such a suit, especially given the fact that the lender being sued operates on a Native American reservation, which should protect it from such legal challenges.

Not only is the suit's legality in question, it shows that New York officials are actively trying to shut down a sector that provides convenient and quick access to capital for a number of underbanked Americans.

Data from the Pew Charitable Trust found that 12 million adults took out short term loans in the United States last year, according to Loans.org. That accounts for 5.5 percent of the national population. With such a sizable amount of individuals using these small dollar services, it's not unreasonable to speculate that the elimination of the industry in New York could have negative effects on the economy. Perhaps it could prevent an entrepreneur from launching a startup or a business from getting that extra bit of funding it needs to open a new office. Potentially, the eradication of short term lending in New York could prohibit future economic growth.

The source reported that despite being seen in a bad light, many consumers find that short term loans can be extremely beneficial. However, a lack of education regarding the financial product is probably to blame for the negative reputation some hold of the practice.

Dana Williams, an individual highlighted by Loans.org, stated that she values the ability to take out small dollar loans. Although she was initially skeptical about short term lending, she told the source that she is comfortable using such services because she educated herself on how the loans work.

"[As time passed] I got wiser and knew that, going in, I had to have a plan of action for how I would pay it back," Williams told Loans.org.

As with any financial service, it's never a good idea for a consumer to blindly take out a short term loan. However, that doesn't mean that the industry provided less than stellar products or services. Rather, it shows that government officials and lenders need to increase their advocacy efforts when it comes to small dollar credit extension.

Instead of focusing on limiting New Yorkers' access to short term products, Schneiderman should focus his efforts on helping the sector provide educational tools to consumers.