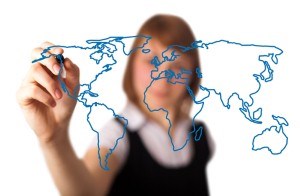 Most debt collection companies have set training guidelines and tried-and-true methods for recovery. The industry is recognized for being successful, especially in the wake of the massive amounts of debt Americans have accrued. However, many may want to reconsider their policies because of a new Reportlinker study. Reportlinker research The recent study compared various strategies used by recovery agents in various countries worldwide. The report, entitled Maximizing Recovery rates in Consumer Debt, looked at the industries in the United States, the United Kingdom, Asia and Central, Eastern and Southeastern Europe to discover the best practices that can be taken by leaders. Administrators of collection agencies may want to consider some new tactics used in other nations. For example, the summary of the report notes that it is a common practice in some countries to assess debt through field visits. The study also goes over the variations on common practices taken in the U.S., including buying and selling debt. American strategies InsideARM recently reported on the best ways collectors in the U.S. can successfully recover owed money, taking into consideration the multiple regulations that govern the industry. The source noted there are seven basic steps workers need to take to assure they can take back money owed to institutions. Agents must prepare, build credibility and curiosity, set expectations, analyze the consumer, instill urgency, establish a plan and finally commit and close the account. The steps American recoverers must take involve working with the debtor and assert they are trying to focus on resolving the individual's issues, according to InsideARM. How collection agents can change their ways InsideARM detailed collectors often have to speak to debtors about their personal situations and provide personalized help. The source reported they have to work out a schedule that's best for the consumer, rather than attempting to set a plan that works for the institution, such as payment in full. While the Reportlinker study noted that in other countries, use of threatening language is allowed and can be generally successful, those practices have been outlawed in the U.S. Other notable tactics, however, could be used by American recovery agents. "The wide variation of debt collection practices makes it even more important to study and analyze each one of them so as to obtain a deeper understanding of the debt collection industry, financial industry and banking industry," the Reportlinker summary reads.
Debt Collections