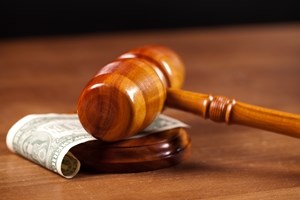 The advancement of technology has provided businesses opportunities to dramatically shift strategies and foster more successful operations. However, some of the most popular new tools that enterprises are using for a variety of functions, such as social media and electronic payments, also come with a variety of challenges and legal implications.

One sector that has entered the social media game at a relatively early stage is debt collections, which is now beginning to face a lot of scrutiny for potentially aggressive or abusive actions. Though social media websites represent a massive opportunity to locate and communicate with customers, employees and clients, debt collectors need to ensure proper use of the technology to avoid serious fines and penalties.

However, because social media is so new and the use of it for debt collections is only in its fledgling stages, clear guidance has been slow to surface from regulators and enforcement agencies. Now, several federal and state entities are beginning to roll out new debt collection legislation to ensure the proper practices of all involved in the industry.

The Federal Financial Institutions Examinations Council (FFIEC) recently released a statement regarding a new policy being proposed that will offer guidance to debt collectors regarding social media use. According to the agency, this new rule would impact savings associations, credit unions, banks and any entity, financial institution or otherwise, that is supervised by the Consumer Financial Protection Bureau (CFPB).

The new rule comes as a result of a variety of recent complaints from consumer advocacy groups, social media website providers and law enforcement officials. As opposed to being a strictly law enforcement-oriented task, the FFIEC intends to create policies in an effort to protect debt collection agencies, financial institutions and other entities from the potential threats of social media use.

In the initial proposal that is still up for debate, the FFIEC explained several points that will be included in the finalized rule.

The Consumerist reported that the many members of the debt collection industry are behind this new rule and that they are already discouraging the use of social media.

According to the news provider, this is just one new rule that will effect debt collectors in the coming years.

Could be a valuable resource
InsideARM recently reported that while the language in the proposed FFIEC policy seems to indicate that only financial institutions will be effected, all members of the debt collection industry would also have to shift strategies accordingly. The source explained that essentially any policies or settlements that involve the CFPB or Federal Trade Commission will also have implications for debt collectors.

According to InsideARM, the final rules will likely not come to fruition until later this year, as the next round of statements to the CFPB in accordance with its complaint system is scheduled for the second quarter of 2013. Debt collectors should keep up with goings-on among legislators to ensure processes are in compliance with rapidly shifting laws.