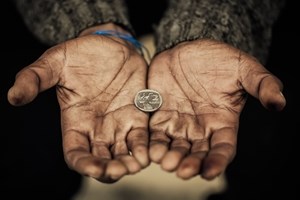 The National Consumer Law Center (NCLC) has recently released a harsh report that claims debt collectors "push families into poverty." The findings analyze states' laws regarding consumer protection in the matter of debt collection, and reveal that most laws are outdated and potentially harmful toward American families. What troubles the NCLC is that no state's exemption laws, which were enacted to safeguard debtors, meet basic guidelines laid out in the report. Massachusetts and Iowa rank the highest nationally, while Alabama, Kentucky, Michigan and Delaware all failed in their grading. As debt collection has long been considered an essential service to the economy, this new information casts an unwelcome and potentially misleading light on the industry.

According to the NCLC, the five things every exemption law should include are as follows: permitting debtors to retain their cars of average value, not selling off a debtor's necessary household items, allowing debtors to keep $1200 in their bank accounts for basic services (such as utilities and rent), not harming a debtor's median-value home and ensuring that a debtor still has a living wage after debt collection. The four states that essentially allow debt collection agencies to take everything a debtor owns are mentioned above and no state complies with all of these regulations. The NCLC believes this to be a huge issue, especially considering the tenuous nature of today's economy.

Calls for reform
The NCLC urges low-ranking states to reform their exemption laws before families slide even further into poverty. The group suggests that at the very least, individuals be allowed to maintain a living wage so basic needs can be attended to. Blue Oregon, a progressive blog, has taken note of Oregon's near-failing grade in the NCLC's report and demands that the state update its laws to protect those already struggling to survive economically. The blog also points out the problematic statistic that the Federal Trade Commission had to deal with over 125,000 complaints about debt collection in 2012 alone, which adds to the sense of necessity for exemption law reform.

In an example that is half-comical, half-tragic, the NCLC report describes how archaic Pennsylvania's legislation is. The state protects Bibles, sewing machines, school books, clothing (including military uniforms) and $300 worth of additional property. To abide by this blatantly outdated code is outrageous in the eyes of many.

Helping families helps the economy
As was said earlier, large numbers of families in poverty because of controversial debt collection practices means large drains on the economy. Debt collection is a necessary and beneficial industry in the United States, as many studies have shown, including ACA International's fairly recent one. This report alleges that the money recovered by third-party debt collectors allows many companies to continue functioning and more importantly, prevents the government from raising taxes to make up for financial shortcomings caused by debt. It is vital, however, that consumers have money to pay creditors with, or else they cannot work with these third-party agencies and nobody benefits. Patience and reform will be key to ensuring that both parties are capable of honoring their agreements.