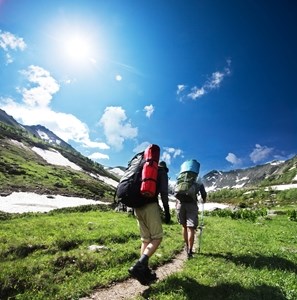 The prepaid card industry has been around for decades, though it only more recently experienced massive growth in both popularity and profitability. As a result of the economic downturn and especially the financial crisis, consumers and businesses have increasingly felt discouraged when approaching traditional banks and have subsequently started to use alternative financial services instead.

Now, the unbanked and underbanked populations in the United States, which were among the most common users of prepaid cards, are being joined by other demographics as well. This includes the younger generation, especially teenagers who have not yet set up a traditional checking or credit account, as well as average households who simply want to avoid traditional financial institutions.

Several factors have stimulated growth in the prepaid card industry over the past several years, and businesses can take advantage of these various intensifying trends to boost revenues through new products. Some experts have called for the end of cash as the major form of currency and the beginning of electronically based payments as the new norm for marketplaces around the world.

Why is prepaid growing?

The Financial Chronicle recently explained several of the most common reasons why prepaid cards have become more popular for households around the world, especially for individuals who travel frequently. The increasingly global economy has led to various trends in the payment industry, while electronic processing has moved to the forefront of corporate strategies when operating in several nations.

According to the news provider, prepaid cards are especially useful for travelers because they generally yield more interoperability among different currencies, helping individuals save on exchange rates and avoiding frequent trips to local banks to transfer different types of money. While all currencies are not yet represented in prepaid cards, many of the most popular travel destinations, such as the European Union, Canada and the United States have these options.

The source explained that the features associated with prepaid cards are also often more preferable than traditional credit or checking accounts. Some vendors of these products have already started to couple use with deals from partnering restaurants, hotels, merchants and other providers of goods and services. This way, the more a card is used, the more rewards can be attained.

Though this tactic has been common in the credit card industry for decades, prepaid accounts are often more finely targeted at specific types of customers. As opposed to getting deal offers that would never be relevant to a consumer's personal preferences, these cards provide an opportunity to personalize the experience for each holder.

The Financial Chronicle added that banks are beginning to offer prepaid cards to clients who travel as well, as many individuals who would still be considered "banked" seem to prefer this type of option. Budgeting, more accurate estimations of travel costs and other streamlined features also make prepaid cards a more sound option for business travelers.

Regional merchants capitalize on prepaid popularity
AMEInfo.com recently reported that prepaid cards have become especially popular for shoppers in several nations overseas. According to the source, satisfied consumers have cited security and convenience as two of the biggest reasons for disposing of traditional checking and credit accounts and filling the void with prepaid cards.

Electronic payments have presented merchants with a variety of opportunities to lower costs associated with transaction processing and improve customer loyalty. In several cities across the U.S., multiple merchants and sometimes even competing businesses, will partner to give frequent shoppers more rewards for using electronic payments and prepaid cards.

Regardless of what industry a firm operates within, prepaid cards can bolster customer retention and improve the overall efficiency of payment processing.