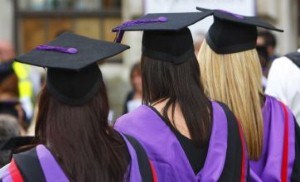 The U.S. Department of Education (DoE) recently announced a new provision that would make paying off student loans less stressful for debtors, Bloomberg reports. Following the lead of a proposed rule from the Obama administration, the DoE - which hires 23 private debt collection agencies to collect the more than $67 billion in student loan debt - would let borrowers make payments based on what they can afford instead of the size of their debt. Collectors would use a standard form to gather debtors' income and expenses, resulting in payments as low as $50 per month for a single citizens with $20,000 in income and $20,000 in loan payments. This would be a marked change from the current way collectors have been going about their business. Many have received complaints from debtors faced with stiff payment requirements who sometimes aren't informed about more manageable options. This goes back to the wording in collector scripts, which may or may not be giving people the best information available. "We definitely feel a sense of urgency to make sure we are doing everything we can to serve the interests of taxpayers and students," said Justin Hamilton, an Education Department spokesman, as quoted by the news source. Under current government contracts, debt collectors can receive as much as 20 percent commission for their recoveries, and are incentivized to extract minimum payments based on loan amounts. However, the new rule wouldn't base payments on the borrower's loan amount, allowing more room for the person to "rehabilitate" their defaulted loans, the media outlet states. "This regulation is a really important step toward treating very vulnerable borrowers consistently and fairly and giving them the second chance they are entitled to by law," Deanne Loonin, an attorney with the National Consumer Law Center, told the news source. The proposal is currently in a comment period, and could take effect as early as July 2013. According to The Washington Post, it's just not recent college graduates who are suffering from student debt dilemmas. New research from the Federal Reserve Bank of New York found that Americans aged 60 and older still owe about $36 billion in student loans - more than 10 percent of which are delinquent. In order to receive payments, Social Security checks are being garnished, and citizens as old as 80 are still getting collections calls. "The long-touted benefits of a college degree are being diluted by rising tuition rates and the longevity of debt," the news source explains.
Debt Collections