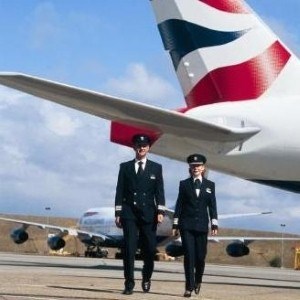 The Transportation Security Administration recently launched a test run of an identity verification system for pilots that has been four years in the making. The Known Crewmember program was implemented at three terminals in Chicago's O'Hare International Airport in collaboration with the Air Line Pilots Association, International (ALPA) and the Air Transport Association of America. More than a dozen airlines are participating. Laptops utilized by TSA officials verify identity authentication and employment status by scanning through multiple photo IDs and real-time airline data. Pilots are expedited through a special crew lane at every checkpoint via this method, thus avoiding body-scan imaging, pat downs and metal detectors. In addition, they won't need to remove their shoes or jackets, nor will their carry-on bags be searched. As a condition of their employment, pilots already undergo extensive criminal history and employment screenings. "This enhanced screening process recognizes the extensive background checks pilots receive,'' said Lee Moak, ALPA president. The system may eventually extend to flight attendants and is slated to be tested at four more access points in Miami International Airport later this month. Additional locations for a further expansion later in the year will include Boston Logan International Airport, Washington Dulles International Airport, Minneapolis-St. Paul International Airport, Phoenix Sky Harbor International Airport and Seattle-Tacoma International Airport. The next step beyond airline staff, the Chicago Tribune reports, is the streamlined screening of preapproved passengers. A "trusted traveler" program is in the works, which would reduce the screening process for certain passengers who agree to release personal information and complete a background check. The TSA plans to unveil this program at two airports in the fall, with more integrated over time. Passengers most likely be to chosen for the initiative will have already participated in existing expedited background screening programs run by U.S. Customs and Border Protection. More important to many passengers, however, is the likelihood that trusted travelers will avoid both a physical pat-down and full-body scans. It's also unlikely that they'll need to remove their shoes or unpack laptop computers from their luggage. Dissenters of the Known Crewmember program contend that because no biometric technology is involved, terrorists posing as pilots can still infiltrate airplanes. TSA officials explained to the news source that while a biometric component may be added in the future, the cost of the technology was too much to implement.
Background Screening