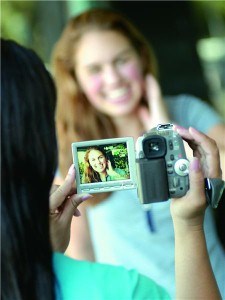 Many short term lenders in the pawn industry note that the emergence of pawn-related reality television shows has brought attention to the industry. Consumers now head to these locations for their cash needs when they would not qualify with a traditional lender, partly because of exposure to the sector on numerous shows. To help the industry gain more widespread success in other locations, some networks are thinking about expanding their television shows. Multiple current programs are getting spinoffs in the near future, which should help bring a boost to businesses in the area. 'Hardcore Pawn' to hit Chicago TruTV's "Hardcore Pawn" is one of the most popular reality shows dealing with the behind the scenes goings on of the pawn industry. Centering around a Detroit clan's family business, the program chronicles the happenings with the Gold family's pawn shop. The network recently gave the greenlight to begin filming at a new location, which should draw in more area consumers. According to The Hollywood Reporter, the spinoff will be called "Hardcore Pawn: Chicago" and show the inner workings of Royal Pawn Shop. This is one of the Windy City's largest pawn offerings, the source reported, and increased exposure might hail a boost to all short term lenders in the area. Nine episodes will be aired during the first season, which is set to debut before 2013, the source said. 'Pawn Stars' expansion rumored "Hardcore Pawn" rival "Pawn Stars," which shows on the History Channel, may also be getting a spinoff. According to My San Antonio, though there are no concrete plans yet, Brent Montgomery, the show's executive producer, is from the area, and would not rule out a Texas-based show in the future. "I'm always looking for great TV characters and an excuse to come home more often," Montgomery recently told the source. "My casting and development people know San Antonio is where I want to be." Montgomery also said to My San Antonio that he's interested in working on a new reality show centered around a Hispanic population, something that could be possible in his hometown.  This could also potentially help increase consumer perceptions of the industry, which may have been affected in a recent rash of pawn shop-centered crime in the area. According to WOAI-TV, there was a break in at Northeast Side pawnshop in mid-August, though the criminals were apprehended by local law enforcement.
Short Term Financing