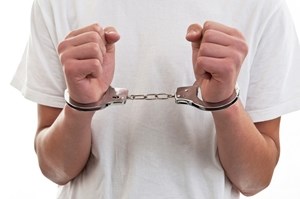 The electronic payments revolution has led to an increase in identity theft, and has forced retailers and many other businesses that handle bank account information to refine ID verification standards. The advantages of electronic payments, including ACH cards, are vast, such as less time spent on accounting and more sales from consumer preferences for technology-driven transaction processing.

However, ID verification standards need to incorporate data security software, solutions and strategies, especially as hackers target electronic payments more frequently than other types of information transfers. With a comprehensive plan to fight identity theft, businesses, especially retailers, can begin to cut down on the rate of the crime and avoid the financial losses that often come after an attack.

Online practices must be revised

The Guardian recently reported that retailers are beginning to implement online controls that are similar to chip and pin payment security often used in brick-and-mortar locations for card swipes. Retailers are among the most active parties in the online payments game, especially as more businesses begin to offer goods and services through web-based platforms.

According to the news provider, the move toward more secure online payment processing is the direct result of the increasing volume of direct and indirect costs that come along with fraud. For example, some companies will need to raise the prices of their goods in light of increased losses resulting from payments fraud, which is considered an indirect issue for all consumers and businesses.

The source noted that the direct costs of payments fraud are much more cumbersome, including fines hitting businesses and identities being stolen from consumers. Now, retailers are finding ways to maintain low payment processing costs while simultaneously strengthening overall security practices, such as through the use of EuroPay, MasterCard and VISA (EMV) chips.

The Guardian explained that retailers can equip their online payment processing services with the EMV chip and pin logo, which will generally attract more customers and reduce fees because of the lower overall risk associated with the transactions. This is currently in its pilot stages, though experts hope that more retailers in the United States and abroad will begin to implement more effective security protocols.

Local attacks are vast
The News Herald recently reported that the Bay County Sheriff's Office has started to warn consumers and businesses about an identity theft scheme that has already effected many residents in Halifax, Canada. This has become a more common occurrence, as local law enforcement officials have taken the fight against identity theft to their jurisdiction.

However, with electronically based attacks becoming more common than mail and other localized identity theft schemes, federal law enforcement officials will need to be actively involved in the war against the crime. Reports indicate that identity theft leads to hundreds of millions of dollars in losses for consumers and businesses every year, and that the rate only continues to increase.

More stringent and comprehensive ID verification standards can protect corporate and consumer identities from the grasps of criminals, all the while boosting the overall brand image.