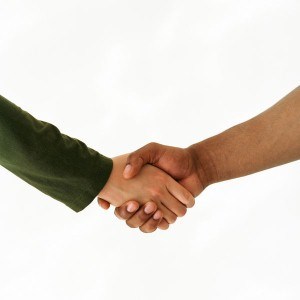 A new “Pay As You Earn” plan was released recently by the U.S. Department of Education, a potential solution for those repaying direct federal student loans.

Students who took out loans after Oct. 1, 2007 are eligible for the new program, an enhancement of the Income Based Repayment plan. While the old program capped student loan repayments at 15 percent of discretionary income and forgave loans after 25 years, the new plan caps loan at 10 percent and forgives loans after 20 years.

More and more students are leaving school and entering jobs that used to pay much more than they do today. However, their debt is slowly piling up. Since this program lowers the repayment cap, students don’t have to give away as large a portion of their income.

“Say a student has a $50,000 loan debt,” Wilson said. “Under the current program, they may have an initial monthly payment of $228, for instance. Then under the new proposed program, Pay As You Earn, their payments would be about $152 a month. That’s a substantially lower payment. It eases the students’ payment in their monthly budget.”

Benefits grad students
Although those who receive their masters degrees often find higher paying jobs, they are also in school for longer and end up with greater debt. A large amount of a grad student’s debt will be forgiven after the 20 year period. For those whose careers demand a master’s degree but still don’t pay much, this shortened time period is also beneficial.

“One example that comes to mind is perhaps a social worker where most jobs in the field require a master’s degree, so there may be some significant loan debt but maybe the salary range is not as high some other career choices,” Erin Clarer, from the Kentucky Education Student Loan Corporation, told WFPL News.

Benefits debt collectors
The debt collection industry may worry that this new program would increase the amount of loan debt that is forgiven, which would prove disastrous for them. However, there is a lot to be positive about. This program helps students who will have the ability to repay their debt later on from sliding into default now. Debt collectors know that accounts in default are difficult to collect, so helping students stay above ground for longer can result in a quicker payback for debt collectors. Another benefit could be that if this program begins to succeed, students may be tempted to borrow more than they should, boosting the debt collecting industry.