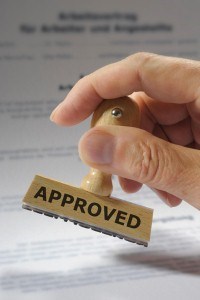 Running background checks is often a good idea for employers who want to verify the identification of their workers. This may be beneficial during any stage of the relationship with the staff member - from the application process through the employee's tenure. Checks can be particularly important at firms where staff members deal with the general public or are able to access company finances, such as at a short term lending company. If employers fail to ensure the legitimacy of an worker's identity, the consequences could be dire. Money could go missing, the business' reputation could be tarnished and employees and clients could be put in danger. New Jersey EMT lied on application According to the Statehouse Bureau, the failure to run background checks on emergency medical technicians (EMTs) in New Jersey recently garnered a lot of attention. The source explained the state currently has no laws requiring background checks for those applying to the position, which is how sex offender and former police officer Robert Melia Jr. was able to successfully gain employment. The Statehouse Bureau reported Melia lied on his certification documents when aplpying to become an EMT, saying that he had never been convicted of a crime, and his superiors never verified this claim. Melia was able to operate in the field for two years before his certification was revoked, the newspaper said, which came only after a civilian notified the New Jersey Health Department. The industry has been particularly porous because of the lack of background checks. According to the Statehouse Bureau, there have been 26 people accused of impersonating an EMT and dozens of others charged with various crimes including assault, theft and death in the past 12 years. "We do these checks of police and firefighters," CEO of the New Jersey Health Care Quality Institute David Knowlton told the Bureau. "We shouldn't put people in positions of incredible trust without some sort of check on that." Background checks relatively easy Employers can verify the identity of potential hires easily and relatively cheaply. The programs pay for themselves, as companies and other organizations will be more protected against interlopers. There are a number of options businesses have when deciding to check up on employees. For example, Microbilt offers a number of services that will search through federal and state criminal charges, sex offender reports, county felony and misdemeanor records and other all-encompassing records that go back several years.
Background Screening