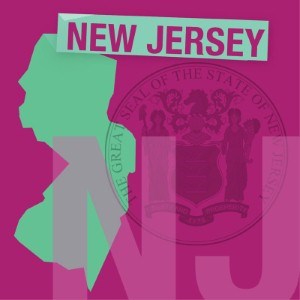 A new bill targeting methods of debt purchasing has advanced from its committee and will be heard before the New Jersey State Assembly. The legislation, known as the Consumer Credit Fairness Act,  sets restraints on buyers, in that they cannot collect of debt that has been cleared through bankruptcy or that is past its statute of limitations. Additional fees beyond the original collection agreement cannot be added on by buyers. It also sets forth guidelines of transparency through which conditions of transfer and collections are made clear to the consumer. This bill could have an affect on the way consumer credit data is used and could spawn further legislation in different states.

When debts reach default, there is sometimes a judgment that automatically places the account in the hands of debt collectors. In cases where the debtor does not appear in court, judges authorize debt buyers to begin collection. Other agencies buy off bad debt from creditors and use aggressive methods to attempt recovery. Some accounts that buyers acquire have no records accompanying them, and this can prove to be legally difficult.

The New Jersey law targets debts that are not legitimate or have been cleared by other methods such as bankruptcy. Some critics argue that this practice targets a disproportionate amount of low-income Americans, and it may be the case that debt buying is clustered according to neighborhoods. Debt buyers should consider the ramifications of this proposed law. It could have a more widespread impact on the debt collection industry, as it may cause problems as to how defaulted credit lines can be recovered.

New Jersey
The Huffington Post article reported that New Jersey has the second-highest average consumer rolling credit card debt in the nation, with balances averaging $5,305 per person. This might suggest that consumers are maxing out their credit cards, and could be unable to pay outstanding balances, leading to collections or default. If the line of credit goes into default, it runs the risk of being bought by a debt purchasing company. New Jersey's bill wants to alter the procedure, allowing more protection for consumers.

This might also mean that consumers are looking for sources of alternative credit, like short term loans. Individuals who have defaulted on a credit line are unlikely to be approved for new accounts. The bill might make New Jersey's underwriting practices for new loans more strict and may ultimately have repercussions for collectors, buyers and lenders in the Garden State.