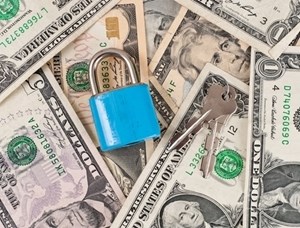 Identity theft continues to be an increasingly damaging and widespread issue in the United States and abroad, as cyber criminals have been especially active in recent years. While regulators work to establish and enforce new regulatory compliance requirements related to ID verification and privacy protection, businesses need to take a proactive approach to protect consumer and corporate information.

Using the most advanced security software and aligning information governance policies with industry-recognized best practices is a good starting point for most businesses. However, as hackers continue to use new and uncharted tactics to steal information, executives need to be especially proactive and agile when implementing and enforcing ID verification protocols.

The Better Business Bureau recently released new guidance on the best practices of ID verification and other steps to take to deter identity theft. The latest report from the Federal Trade Commission found that one-fifth of the more than 2 million complaints fielded in 2012 were related to identity theft, while 13 percent of those involved credit card fraud.

Credit card fraud was the second-most prevalent form of identity theft in 2012, and has been a growing issue in recent years. According to the BBB, consumers and businesses need to be more diligent and proactive when protecting credit card information, as well as any documents containing financial data such as insurance forms, billing statements and health records.

The bureau suggested adhering to stringent retention and destruction policies that dictate when documents should be shredded or disposed of in another secure fashion. Further, consumers and businesses should have quick reaction times when they suspect an instance of identity theft, as early detection is among the most effective methods of softening the blow of such crimes.

One man, 22 identities
The Honolulu Star-Advertiser recently reported that local police arrested a man on suspicion of identity theft, and discovered that he had personal information of 22 individuals. According to the news provider, the man was arrested when he allegedly tried to use a stolen credit card at a beach resort in Waikiki, and is now awaiting trial for 22 counts of possession of confidential personal information.

The Identity Theft Resource Center recorded 165 breaches leading to the exposure of more than 4.6 million sensitive records in the U.S. business sector last year. Enterprises need to ensure that all electronically stored data, as well as physical documents containing personal or corporate information, are secure and retained properly to defend against identity theft.