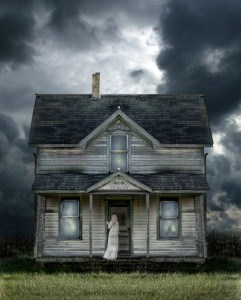 The Federal Housing Administration recently approved a rule that would deny housing applications for borrowers who are at least $1,000 in debt, the Pittsburgh Post-Gazette reports. According to The Los Angeles Times, the change in policy is part of ongoing efforts to reduce loan defaults and insurance claims. As a result of the implementation, about 35 percent of the borrowers who have obtained FHA financing in the past will becoming ineligible - counteracting the FHA's claim that it serves low- to moderate-income borrowers. What's more, having one or more debt collection claims on a consumer credit report typically did not exclude borrowers from financing. "We do this to protect the financial health of FHA and to protect families who might otherwise be getting into mortgages they can't sustain," Brian Sullivan, a spokesman for the Department of Housing and Urban Development in Washington, D.C., told the Post-Gazette. The news source explains that the FHA has been forced to alter its credit requirements because of the rising number of foreclosures that have resulted from the struggling economy.  Since the housing crisis, loans have increased exponentially. The average amount loaned out by the FHA during that time period has increased from $138,700 to $167,500. Credit score requirements have also become stricter - the average score of people seeking FHA mortgages has risen to 700. The rule was supposed to take effect on April 1, but because of an outcry from lenders and real estate agents, the effective date was pushed back to July 1. "We've moved the effective date to July 1 to allow mortgage lenders time to implement this in a thoughtful manner," Sullivan told the media outlet. "It also allows us time to further refine this policy going forward." Those who will be affected by the change include anyone with at least one account that has been subject to collections actions - including medical bills, student loans or other debts reported as unpaid by creditors. However, debts that don't belong to them because of actions outside of their control, such as identity theft, credit card theft or financial fraud, will not be counted. Potential homebuyers will have the option of setting up a payment plan to pay off their debt. Three timely payments will be required before they're allowed to move forward.
Debt Collections