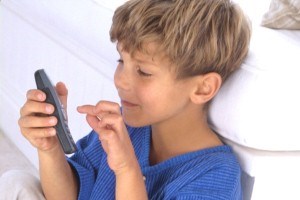 Two recent federal proposals aim to assist the debt collection industry in contacting young people who owe money, the Duquesne Duke reports. Because today's youth typically carry cell phones instead of relying on landlines, the U.S. House of Representatives introduced a bill on September 22 that would allow federal debt collectors to call mobile phones belonging to borrowers who haven't begun payment. The Mobile Informational Call Act of 2011 aims to adjust collection policies to the fact that the public is increasingly relying on cellphones as a primary form of communication. Debt collectors would be able to contact debtors via their mobile devices if they're at least 30 days behind payment.  "Many people don't rely solely on landline phones anymore, or they don't have a landline at all, so how else are collectors supposed to get a hold of them?" ACA International spokesman Mark Schiffman told the news source. "The younger generation is pretty reliant on cellphones, so we need this bill in order to contact them." The bill is similar to President Barack Obama's deficit-reduction plan, which would allow collectors to auto-dial cellphone numbers instead of entering them manually, increasing the number of borrowers that could be reached per day. This would likely raise federal government revenue as well. However, Tena Friery, research director at the Privacy Rights Clearinghouse, believes collectors should be careful not to abuse this new privilege if it's granted, the Huffington Post reports. She fears some auto-dials may accidentally go to people's employers or relatives, leading to potential lawsuits. "One of the common problems we hear regarding debt collectors is that the debt collector is calling the wrong number," she told the news source. "Cellphone numbers tend to change more than landline numbers, as people move from place to place or plan to plan. This can be quite annoying for people to receive repeated calls from a debt collector about a debt that's not even theirs, about someone they don't even know." Despite what many younger people might see as a solicitation tactic, Duquesne director of financial aid Rich Esposito believes the new laws would actually assist indebted youth. He notes that collectors could help graduates get on payment plans, which would save them from having poor credit, the Duke reports.
Debt Collections