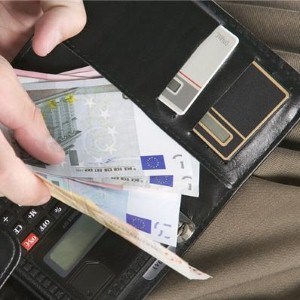 Thanks to a newly created Consumer Financial Protection Bureau, debt collection agencies will be under an increased level of scrutiny compared to previous years. The federal watchdog agency, which was established by a law passed last year, will be part of the Federal Trade Commission and will help enforce the Fair Debt Collection Practices Act. While many in the industry play by the rules, there are still an increasingly large number that don't. According to the FTC, consumer complaints about debt collectors rose 17 percent in 2010, to 140,036. According to many with knowledge of the industry, the CFPB will be able to punish those that use illegal practices when attempting to collect the fees they are owed. The CFPB will officially start looking into complaints on July 21, 2011, and will try to determine whether bill collectors have violated the law based on complaints and other evidence. "The agency will have all kinds of power to set rules," said Emory Clark, managing partner at bankruptcy law firm Clark & Washington, in an interview with the Atlanta Journal-Constitution. One person who claims to have been the target of an unlawful debt collection firm is 66-year-old Hattie McKinney. The newspaper reports that the woman received many calls a day which caused her undue stress as a result. Eventually the woman got so fed up that she sued the Minnesota-based firm, saying that it had violated federal law. "They kept calling me and calling me, about 20 times a day," said McKinney in an interview with the news source. "It kept me a nervous wreck." The case, which will be heard by a federal district court in Atlanta, seeks a minimum of $1,000 in damages and all legal costs incurred. In one recently settled case, Oregon Attorney General John Kroger forced a debt collector from Minnesota to pay $90,000 after his office received around 200 complaints about the company's harassing tactics. In a statement, Kroger said that business must follow the established law and that they were forbidden from misleading those who were in debt. "The Department of Justice will not tolerate any attempt to threaten, harass or mislead Oregon consumers as a means of doing business." said Attorney General Kroger.
Debt Collections