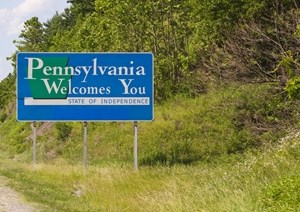 In the last few years since the onset of the Great Recession, people all over the world have had to borrow money for various reasons. Some individuals were laid off and could no longer make ends meet regarding critical expenses like rent, food, insurance and other costs. Other times, they let things like student loans and car payment bills roll over for too many months.

However, during a time when people needed financial help, many institutions closed their doors, failing to lend to nearly anyone without a perfect consumer credit score. Banks too faced tough times and were not being paid back, hence the stringent stance.

Alternative lenders were supremely helpful during this time. And now that the economy is picking back up and people are still relying on the companies that helped them when the situation was rough, lawmakers are considering the value of the industry.

In Pennsylvania, lawmakers are trying to make it easier for people to have access to short term lenders, despite the stigma that the industry has unjustly faced in the past. These administrators recognize that the businesses are a legitimate way for individuals to borrow cash quickly so they can get their lives back on track.

Short term lenders scored big when the Pennsylvania Senate Banking and Insurance Committee voted in favor of Senate Bill 975 on June 4, The Patriot-News reported. Should the legislation continue to gain confidence, longer repayment periods and lower interest rates will be enjoyed by consumers and the practice will be made legal.

Some supporters of the bill say that these are better options than credit cards at least, as rolling debt is not only more mainstream and easy to accrue, but it can follow an individual for a number of years. Others agree that it would place more regulations on the industry, thereby allowing Pennsylvanians to seek borrowing options in their own state, as opposed to traveling over borders.

For instance, in a letter of support sent to The Morning Call, Greater Lehigh Valley Chamber of Commerce President and CEO T. Anthony Iannelli said that around 300,000 families would be able to benefit and many of those going over state lines would find relief.

The Patriot-News suggested that this would go up to a vote in the full senate by mid-June; however, as July quickly approaches, that was not the case.

Might ease financial strain on many
The implications the passage of this bill might have on the financial situation for Pennsylvania families may be vast. People won't have to travel to other regions to have access to new lines of credit.

This might be particularly lucrative in the wake of the Great Recession. So many individuals had to allow their consumer credit scores to decrease severely to make ends meet. These rankings can drop sharply if people fail to pay off things like student loans or credit card bills.

However, during times of economic trouble, many people keep up with utilities bills so that they still have electricity, running water and other essential amenities. Even if someone's score has fallen overall, they will likely still be able to successfully borrow from a short term lender, as many of these companies take alternative finance information into account when reviewing applications. For instance, a rising number of lenders use the Payment Reporting Builds Credit ranking model when considering giving money to borrowers. This score is composed of numerous pieces of financial data, including an individual's history of paying off utilities bills in a timely manner. This tends to result in a much more comprehensive financial profile.