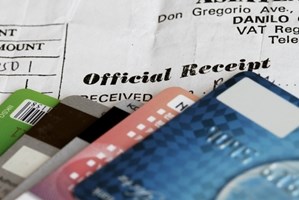 Employers have a variety of responsibilities when conducting background checks for applicants, including adherence to federal and state laws, as well as ensuring a safe workplace for all employees and customers. Several regulations have become more stringent, and multiple federal and state entities have gotten more involved in the oversight process throughout the past several years.

Employers need to comply with statutes as listed by the Equal Employment Opportunity Commission (EEOC), as well as those established and enforced by state governments and industry-specific watchdogs. When in doubt, outsourcing the background screening process to a firm that specializes in the activities will help companies ensure the quickest and most effective turnaround on applications.

According to the firm, the FCRA is now overseen by the CFPB in accordance with Dodd-Frank, and employers now need to submit the new forms since the statute went into effect on January 1 this year. The forms that have been updated include the "Summary of Your Rights Under the Fair Credit Reporting Act" and the "Notice to Users of Consumer Reports of their Obligations under the FCRA."

The source explained that the changes effect a variety of consumer reports that employers can use during the background screening process, including motor vehicle records, employment history, criminal backgrounds and credit reports. Misuse of these records or non-compliant acquisition of reports, could lead to penalties such as sanctions and fines levied by the CFPB.

Finally, Larkin Hoffman asserted that these changes provide employers with a good opportunity to review their background screening processes to ensure legality and compliance with the FCRA. Businesses should check to see if policies reflect such statutes as written consent from applicants to pull records and mandatory destruction of files in document retention protocols.

Regulatory compliance expands
The background screening process in certain industries has also changed in recent months, as several states have moved to create more stringent checking procedures in healthcare and schools. For example, New York and other states have recently passed legislation that requires thorough criminal background screening of all employees that are in the elderly care sector.