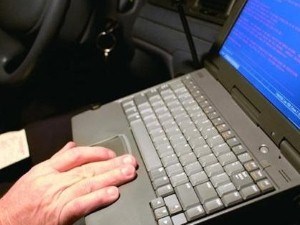 Americans often frequent pawn shops for a number of reasons. Some like to try and catch a glimpse of their favorite reality television stars at certain locations, while others like to peruse the unique items brought to the storefronts. Still more travel to the shops to investigate short term lending options the companies offer. Pawn shop loans can be particularly appealing to individuals because there is little risk of backlash if they are not able to pay off the amount and fees after the loan expires by using a personally-owned item as collateral. If the loan is not repaid, the shop simply gets to retain the product. These pawnbrokers are also helping citizens in another way- taking criminals off the streets. New technologies have made it possible for shop owners to pair with police in catching thieves. Pawn shop data leads to four arrests According to KSNV-TV, pawn shop owners in Nye County, Nevada, were recently able to help local police officers catch four suspected criminals. The source explained owners of a pawn shop gave borrower and seller information to police for periodic review. The cops found a number of suspicious transactions. Nicholas Tharp was found to have pawned a stolen laptop in mid August. Upon review of other documents provided by the broker, officers uncovered a pattern - Tharp had used the storefront location to illegally pawn and sell dozens of items, KSNV reported. The source said Tharp, along with accomplice Amy Grubbs, were taken into custody, which then led to the arrests of two others. The ring is being charged with multiple offenses, according to KSNV, including theft, assault and providing false information. New Hampshire pawn ordinance may help law enforcement Pawnbrokers are becoming valuable police informants in other areas of the United States as well. With this in mind, according to Seacoast Online, lawmakers in New Hampshire are considering enforcing a newly proposed ordinance that would add to pawn shop records. The source reported police in Exeter are trying to get a regulation passed that would require owners to obtain a license to run their storefront locations and provide forms for every transaction completed. Seacoast Online detailed these documents would include a picture of the seller or borrower, a picture of the item and other personally identifying information. Nearby towns have seen great success after adopting similar regulations, the source said.
Short Term Financing