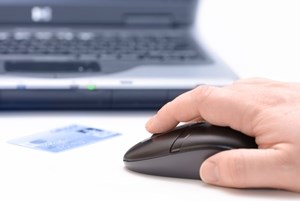 With the proliferation of smartphones and other Internet-enabled mobile devices, the use of mobile and online transactions has been steadily increasing. However, the market has not grown as much as many experts predicted, but that may change in the next few years.

PQ Media recently reported that broadband and wireless networks are becoming more widespread, providing quality Internet access to a growing number of consumers. As a result, the source suggested that the demand for digital content and media is likely to increase, as consumers look for the latest and greatest way to access information.

With so many younger individuals being brought up in this tech-centric environment, PQ predicted that the market for online media purchasing will jump in the future. In fact, the source found that the sector expanded by 11.9 percent in 2012, reaching a global value of $860.39 billion.

From 2007 to 2012, the compound annual growth rate (CAGR) for the digital media market was 14.5 percent compared to just 1.4 percent for all other types of media. The growth will continue and PQ believes the market will top $1.44 trillion by 2017.

The proliferation of digital media that can be accessed on mobile devices should be good news for online and mobile payment companies. With more consumers becoming reliant on their personal devices to access information, it's only a matter of time before they use these gadgets to make purchases on a regular basis.

Even with consumer confidence down, Michael Zimmerman, CEO of Prentice Capital, believes that consumer spending via online portals will surge in the coming years.

Because the job market and wages are stagnant at the moment and prices are edging slightly higher, many Americans are looking for alternative ways to maintain their consumer lifestyles, Zimmerman asserted. As a result, he predicted that online shopping will grow, as it's a cost-effective way for consumers to make transactions.

Despite a recent drop in consumer confidence, online payments spiked by 8.8 percent in a year-to-year measurement during August. This shows that alternative payment options are becoming more popular among consumers as they look for more efficient and convenient ways to purchase products.