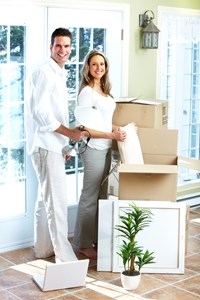 With many Americans beginning new leases in the start of September, financial institutions such as short term lenders might want to prepare to defend against fraudulent applications as identity theft risk is high during this time.

One of the biggest causes of this crime when moving is consumers forgetting to change their mailing address in time, according to RISMedia. This can often result in credit card bills or other financial statements being mailed to their old addresses, potentially putting them in the hands of a criminal.

To ensure this doesn't happen, consumers should set their move date as the time when their address change comes into effect at the post office. However, not everyone will remember to do this, so short term lenders should be prepared to be a line of defense against identity theft.

The most important thing for financial institutions to remember concerns their ID verification procedures, as these need to be strong to prevent criminals from using false names to obtain a loan.

Unfortunately, banks and other lenders won't be able to prevent all occurrences of this crime, which can lead to many consumer credit scores being damaged. In fact, Barry Paperno, Community Manager at Credit.com, said ratings can drop more than 100 points in the short term.

As a result, short term lending demand could see a pick up, as consumers begin to experience financial troubles. Anyone who finds themselves unable to cover their essential monthly expenses may want to turn to this form of financing, as it can provide money fast so late fees and other penalties don't occur. Some critics of short term lending say high interest rates make the loans unfair, but they often cost consumers less than what would have been incurred in charges by paying late.