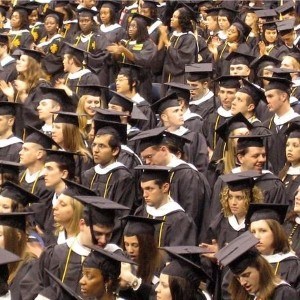 Student loan debt in the U.S. is skyrocketing. As more Americans return to school to broaden their qualifications in an increasingly competitive job market, the volume of student lending is expected to surge even more. Furthermore, the Federal Reserve Bank of New York recently reported that the total volume of student debt reached $867 billion in the fourth quarter - more than that of credit cards, mortgages and auto loans. New research shows nearly two-thirds of student loan borrowers misunderstood or were surprised by aspects of the student loan process. This could lead to a long-term uptick in both delinquency rates and debt collection activity, as fewer students and graduates pay off their dues in time. Young Invincibles - a Washington, D.C., nonprofit group representing the interests of 18-to-34 year-olds - released the results of a survey this week that found roughly 20 percent of respondents in an online survey claim the amount of their monthly payments was unexpectedly high. More than two-thirds of respondents claimed they do not understand the key differences between private loans and options for federal student aid. "There are many indebted graduates whose assumptions about how they would deal with their loans after college proved inaccurate," Healey Whitsett, a senior analyst at NERA Economic Consulting and author of the report, told Bloomberg. "[As students borrow from multiple lenders], this fragmentation may make it more difficult for them to understand the implications of their student loan decisions." Only 8 percent of surveyed debtors said they "strongly agreed" they would be able to pay off al their student loans, and 26 percent merely "agreed" with this outlook. "I was surprised by how much my student loan payments would take away from my income," survey participant Marjorie Gelin Goodwin told the source. "I'll be retired and still paying my student loans at the rate I'm going." But the rising volume of U.S. consumer credit is due in large part to an improving economy. With higher employment, Americans are more willing to spend and incur debt. This bodes well for debt collectors, who have faced rising pressures from regulators to stamp out unethical or illegal recovery practices.
Debt Collections