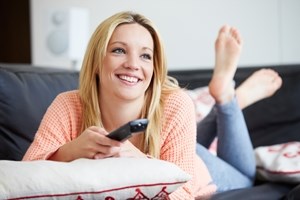 There are plenty of ways for companies to market their wares to consumers. If business leaders don't launch advertising campaigns, individuals might never find out about valuable merchandise or important and critical services. As such, executives need to come up with a means of promoting their goods, whether that be via a big billboard by the side of a popular road or a radio blurb on a trendy airwave.

One way many company administrators like to market items and services is to create commercials. This allows individuals who are just sitting in front of the TV with their families to make a mental list of things they want to buy or services they should consider investing in. As such, this method has become very attractive for short term lenders.

That being said, many people would assume that the majority of consumers in the United Kingdom are already aware of these services. After all, it was the alternative finance sector that was probably the most helpful during the height of the global recession, when high street banks wouldn't give loans to anyone without a perfect consumer credit score.

However, now that the economy is picking back up, individuals might need a little jolt to remind them that no matter what they're going through financially, the short term lending industry is ready to help them. That being said, a number of critics are attacking these companies for doing what every other business across the globe does - marketing their wares and informing the public.

According to The Guardian, the sheer volume of commercials coming from the short term lending sector has increased a lot in recent years. For example, the source explained, citing an Ofcom study, a few years ago, short term lending corporations used to air a total of 11,000 commercials across the nation every year, but that number jumped to almost 400,000 in 2012.

The newspaper reported that the average British adult likely saw about 152 commercials from these types of businesses last year.

While some critics might say that this jump in volume is not a good thing, consider it this way: As technology develops, there are more ways to watch programs, more channels to choose from and more activities people could be doing than tuning into commercials. So if companies want to make sure individuals across the U.K. know all of their possible options, they're going to have to create commercials at a higher volume to benefit the client.

Are they targeting younger Brits?
The Guardian also pointed out that some critics claim these commercials target a younger set of British citizens. In particular, the issue is largely related to advertising appealing to teenagers, but that might not be such a bad thing.

This is because teenagers are only a few years away - if not less - from one of the biggest financial decisions of their lives. Going to a university might mean taking out loans or scraping by to make ends meet. Why shouldn't this population be aware of their options as well? In fact, the alternative credit sector might be just what the younger set needs.

Consider it this way - sure, British teens or twenty-somethings can always go to a high street bank and attempt to take out a traditional loan. However, there's a good chance that they either won't qualify for one because of a lack of a credit history or they will only be allowed to take out a loan that's paired with large interest rates and fees. That's not the case with short term lenders, as they allow borrowers from all backgrounds to tap into the money they need at competitive rates.