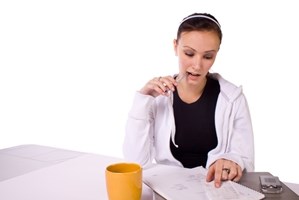 When figuring out if they're going to be able to qualify for a loan, most people judge themselves solely on their own credit score. This also rings true for lenders and big banks - if someone applies to borrow a sum and their traditional credit score is under a certain number, the corporation won't look at them twice.

Especially in a post-Great Recession world, this means that many consumers are going without, and many lenders are losing out on a lot of profit because of the sheer number of people they're turning away. But what can be done? Lending businesses, no matter if they're more commonplace financial institutions or alternative organizations, can't be giving money to just anyone. There has to be a more comprehensive means of judging whether those individuals who are on the cusp would be a good investment.

More people would qualify if other scores were considered

Despite popular belief, there is no longer just one ultimate credit score by which every lender judges. With this in mind, administrators at such companies should think about expanding their rubrics at storefront locations.

Should other scores be considered, studies have shown, up to 60 percent of individuals who either couldn't be given a credit score because they have never taken out a loan or opened a line of credit or those who have low rankings would better qualify. This is usually only if lenders would consider a ranking system that took into account other financial figures.

For example, the Payment Reporting Builds Credit score might be something savvy lenders should consider looking into. On top of more traditional information, this figure also takes into account a person's history of making repayments on utilities accounts. While many utility companies report consumers to credit bureaus only if they tend to miss payments, lenders can inquire as to the financial standing of other customers as well to get a more comprehensive picture.

Taking shape worldwide
This type of scoring system is becoming popular around the world, so lenders that avoid this now may be left in the dust in the near future.

For instance, according to Live Mint, leaders at the Credit Information Bureau of India Ltd. are looking into this form of alternative ranking. The news source said that the organization is working with the Reserve Bank of India to be updated on citizens' payment histories with electronic providers, water companies and telephone providers to judge whether or not they should be able to borrow.