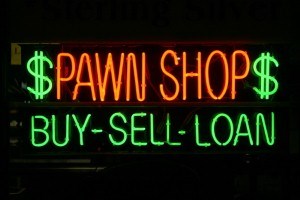 The short term lending industry has really taken off in the last few years. Because of the Great Recession, banks largely scaled back their lending, leaving many citizens struggling to make ends meet. The situation often escalated if the individual was faced with an emergency expense and had to pull funds from savings accounts because they couldn't find a traditional boost in money. During these tough times, many found help in alternative financiers like pawn shops or short term lenders. Most of the time, these services can help a person in need out, despite potentially having a poor or nonexistent credit history. But because these stores have been so successful, owners have had to step up their security measures, mostly by implementing databases. Georgia city considering mandatory databases
According to the Gainesville Times, the Gainesville, Georgia, City Council is considering implementing a new law that would make the use of databases by pawn brokers a mandatory business procedure. In other regions, owners have used tools such as spreadsheets to record the details of a transaction, including identifying information about the merchandise and pawner, delivering the data to police at the end of the day. Law enforcement agents can check the notes against claims of stolen items and proceed from there if an item involved in a robbery was pawned. The ordinance being considered in Georgia also places restrictions on who can be hired at a shop, prohibiting those with a record of pleading guilty or no contest to theft, battery, robbery or fraud charges, the newspaper detailed, in an effort to keep employees, clients and merchandise safe. Similar situation in New Hampshire
Additionally, leaders in Salem, New Hampshire, are thinking about changing the city's municipal codes to reflect a requirement to record transactions in an online database as well, according to the Union Leader. Brokers within city limits currently have to hold on to all items for 30 days before they can be resold, and every single pawn and sales slip has to be turned into the authorities. The news source said many think this places an undue burden on the police, because they have to sort through around 43,000 transactions annually. Placing the details in a database might be easier for all involved, many supporters of the proposed law told the newspaper.
Short Term Financing