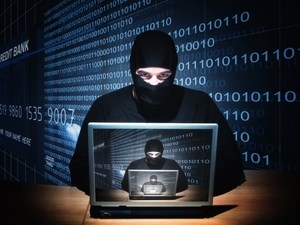 Recent studies indicate that data breaches and subsequent identity theft continue to increase in both prevalence and damages, with some experts suggesting that these crimes are slowing down the economic recovery substantially. Organizations of all kinds need to implement more thorough data security standards, as well as ID verification practices, to minimize risks.

Help Net Security recently reported that the majority of companies in the United States do not have any type of cyber insurance, including policies that would protect them in the event of a data breach. This is a confusing statistic, considering the fact that most corporate executives cite such attacks as some of the biggest threats to continuity and financial performances.

According to the news provider, a new study from the Ponemon Institute revealed that 31 percent of organizations have cyber security insurance, while 56 percent have experienced a breach in the past two years. However, the organization found that more companies are now beginning to look into cyber security and data breach insurance since learning the potential devastation that can come with breaches.

The source explained that data breaches were viewed by 76 percent of respondents as similar to a fire, natural disaster or other business interruption. Since such a large number of firms have insurance for these threats, it has become clear that the modern enterprise needs to protect itself better against data breaches.

Help Net Security added that these statistics will likely be dramatically different within the next several years, as 39 percent of those surveyed by the Ponemon Institute said they are in the process of acquiring such protections. Should all of those respondents take out policies, roughly 70 percent of organizations would have data breach insurance in place.

Data breach and ID theft
Greenville Online recently reported that data breaches have caused millions of cases of identity theft in the past several years. The news provider explained that one breach of the South Carolina Department of Revenue led to the loss of 3.8 million Social Security numbers, private information of 700,000 businesses and roughly 3.3 million bank account numbers.

Any one of these pieces of information would be plenty for a thief to steal consumers' or businesses' identities, highlighting the growing importance of merging data security and ID verification practices. In the highly digital corporate and consumer market, organizations must protect data at all costs to avoid ID theft and other sources of incurred financial losses.