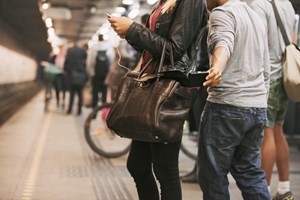 The United States economy has experienced a massive resurgence in the past two years, which has led to improved prospects in terms of gross domestic product and the employment situation. While this is great news for businesses in the nation and those abroad, it has led to several challenges, specifically when it comes to the process of onboarding a large number of new employees.

Background screening is a highly regulated process, and is critical to ensure that proper balance of employee rights and corporate security for any organization. Many businesses benefit from using an outsourced background check service provider, as navigating the complex landscape of regulations and best practices can be difficult for the average human resources department.

The latest survey from loss prevention firm Jack L. Hayes International revealed that employee theft increased substantially in 2012, with as many as 70,000 staff members across the nation stealing money and products from their employers. While the background screening process cannot necessarily eradicate the chances of a staff member being dishonest, it can certainly work to drive down the risk.

Some business owners might buy into the idea that this type of issue cannot be completely controlled, and that the financial damages will likely be negligible. However, this assumption is extremely dangerous, as the the survey found that the economic impact reached over $50 billion from employee theft and dishonesty.

"It should be noted that these increases follow similar increases reported the previous year," Mark Doyle, the firm's president, explained. "The seriousness of retail theft is a much greater problem than many people realize. These theft losses are stealing profits from retailers and driving retail prices higher for the consumer."

As for the rarity of employee dishonesty, the Jack L. Hayes International study revealed that one in every 40 employees was caught stealing last year.

Risk of overstepping bounds
The Equal Employment Opportunity Commission is responsible for regulating and enforcing civil rights of the workforce on the national scale, while more local and state agencies are also involved in oversight. Businesses that violate workers' rights in the background screening process can be prosecuted on serious charges by state and federal entities.

As such, business leaders that are not entirely confident with their organizational knowledge of background screening practices should always consider outsourcing the responsibilities to a firm that specializes in associated laws.