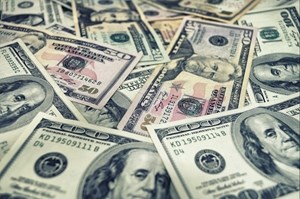 The debt collection industry has undergone a variety of changes throughout the past several years, one of the most important being the rapid expansion and growing volume of new firms. With the increased number of collection agencies has come intensified oversight from the federal government, as well as scrutiny from the nation's consumer and business advocacy groups, especially as the result of the higher volume of complaints.

The Federal Trade Commission, as well as the Consumer Financial Protection Bureau, has been especially active in the fight to cut down on debt collection complaints. Agencies have had to shift policies and procedures to oblige new compliance and enforcement statutes, and compete in the growing market more effectively.

Increased competition resulting from the record volumes of consumer and business debt outstanding has appeared to negatively impact the bottom lines of some collection firms. All signs point to the importance of refining all policies and procedures, while increasing employee training efforts, to become the strongest brands in the collections industry.

InsideARM recently reported that revenues and earnings among firms in the debt collection industry were down last year, though those in the smallest category sustained growth in 2012. Essentially, all of the agencies in higher brackets of earnings, such as those that pull in millions of dollars each year, were the ones most negatively affected by poor performances, while smaller operations experienced growth.

According to the news provider, earnings before interest, taxes, depreciation and amortization (EBITDA) fell dramatically last year when compared to 2010. This could be surprising for some economists and experts in the field, as the number of debts held by consumers and businesses has continued to fall from record levels, indicating that the collection industry should be thriving.

However, market saturation is often the cause of poor performances among the biggest and longest-standing agencies in any given sector. This appears to be the case in the debt collection sector as well, since new entrants are growing at the expense of more experienced agencies. This could also be the reason for the escalated volume of complaints fielded by the FTC in the past two years.

The source explained that its Collection Agency Financial Benchmark Report 2013 revealed that increased expenses were also a major cause of struggling EBITDA in 2012. Operating expenses compared with total revenue appeared to skyrocket among most firms last year, taking away from the bottom line.

InsideARM added that high unemployment rates and the intensifying release of new regulatory compliance statutes and enforcement were other major causes of losses last year. Debt collectors can buck this trend by honing in on the leanest operational strategies, focusing on cost reduction and driving employee productivity.

Another regulatory expansion?
ReedSmith recently reported that the CFPB is currently weighing a decision that would expand the requirements of the Fair Debt Collection Practices Act to firms that were once considered exempt. One of the key points of this legislation would be that creditors collecting debts that they lent would be under the FDCPA's reach, which would force lenders to substantially refine their internal procedures.

The firm added that the CFPB is already fielding consumer and business complaints regarding the debt collection practices of virtually any entity. For this reason, firms that are not experienced in the collections process should consider using a proven and experienced agency for their needs. As evidenced by the concurrence of higher complaint volumes and younger firms entering the industry, the more tenured firms are often the best bet.

Collection agencies should also work to refine practices in such a way that boosts the overall brand image, as this could help them become more competitive in the coming years.