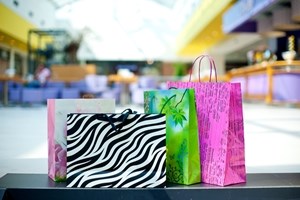 Emerging electronic payments options have revolutionized shopping both on and offline, giving merchants new ways to market products and serve patrons. Recently, a wealth of data pointed toward mobile commerce as continuing to take hold with consumers, even changing the ways they make decisions.

The rise of smart technology

According to a new infographic compiled by mobile content management systems firm piJnz, one of the reasons mobile commerce may be having such a significant impact on the payments industry is because of the sheer number of smartphones in use today. In order to get more shoppers online, it is necessary that they own and regularly use the technologies that empower these purchases. The source noted that in the United States alone, more than 120 million people own a smartphone, representing an increase of 30 million from just one year ago. It's likely that this explosive growth will continue, as 43 Americans are converting from a standard mobile device to one with advanced online capabilities every minute.

Additionally, smartphone users are some of the most connected consumers on the market. The important thing to note is that these individuals are also taking full advantage of the capabilities, and frequently. The infographic noted that 63 percent of women and 73 percent of men in the U.S. who own smartphones don't go more than an hour without checking their devices. And they don't just use them when they're on the go: nearly half - 49 percent - of people with smartphone access use their phones with watching television, which may place merchants in a unique position to tailor their advertising. With millions of individuals viewing adds while holding a device that empowers them to make an immediate, convenient purchase, there could be numerous opportunities to harness this information into revenue-boosting campaigns.

PiJinz pointed out that, while mobile commerce may often be associated mainly with payments technologies, the potential benefits from vendors extend far beyond the point-of-sale. Many smartphone users shop differently than non-owners, with many of the former using their devices for "showrooming." Many consumers will visit stores, view an item and then buy it online, which may be becoming a more common practice. There was a 50 percent increase in the use of mobile technologies to view retail information in the past year, according to the source.

Consumers are ready
Web design publication InstantShift also noted that shoppers are becoming more flexible in the way they make purchases. The source noted that 20 percent of smartphone users have employed their device as digital wallet in the past, which 25 percent of tablet users attested to as well. In terms of projected use, 28 percent of smartphone owners reported they expect to use virtual wallets in the future, while nearly 40 percent of tablet users were open to the idea.

The news provider noted that many merchants intent on avoiding falling behind have already begun to deploy strategies to harness America's love of mobile technology into increased revenues. Among online retailers, 74 percent have developed or plan to develop a mobile commerce strategy. But these techniques don't just benefit businesses online, as 65 percent of shoppers in the U.S. research their purchases via technology before making an in-store purchase. By 2014, the source added, there may be more than 53 million mobile coupon users.

Mobile commerce represents a shining opportunity for many retailers. By offering cutting-edge purchase technologies to consumers, companies may be able to improve their profits while satisfying customers. One important factor in satisfaction will likely be security. Done right, mobile commerce may pose little threat to customers in terms of data breaches, which can threaten consumer credit reports. By taking the time to develop a safe and comprehensive strategy, stores may be able to reap the benefits of the current enthusiasm for mobile.