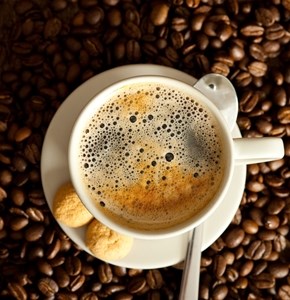 The way people today think of financial transactions is rapidly changing. Many of the options that currently exist would have been unimaginable just a few short years ago. But in order to ensure that these methods catch on, it's crucial for businesses to hop on board and display a willingness to go beyond the traditional payments options such as cash, credit or ACH cards. Mobile, for instance, is becoming an increasingly attractive option for retailers and customers alike, but interest is not high enough to drive the technology forward toward widespread adoption. Taking the next step is critical, and those companies that do so will reap the benefits.

According to Mobile Commerce Daily, one enterprise that has proved to be a trailblazer in the mobile payments sphere is coffee corporation Starbucks. For the business, gambling on new transaction technologies has paid off. The source said that 10 percent of Starbucks' total United States revenue comes from mobile channels, including apps, which have more than 10 million active users. Each week, 80,000 more customers join the beverage vendor's My Starbucks Rewards program.

The news provider pointed out that Starbucks plans to have more than 9 million customers participating in the rewards system by the end of this year. If this goal is met, the number of users will have doubled from 2012.

"Starbucks' success shows that mpayments can be done right and successfully if you understand your customers well, you are committed to making it a success and continue to evolve over time to get the experience optimized for users," Gene Signorini, vice president of mobile insights at Mobiquity, told the source. "For companies that are either just beginning to implement mobile payments, or haven't started yet, Starbucks' success is a good thing."

Signorini continued that Starbucks can act as a role model to companies that have not yet jumped on the mpayment bandwagon. By keeping track of what the coffee giant is doing and taking note of its successes and failures, organizations can get a better sense of what might work best for them. Of course, every business is different and what works for Starbucks may not work for those in other industries - or even their direct competitors - but having a practical example can drive success when used to gain insight.

The important thing to note is that while Starbucks has seen immense success with their system, there is still a ways to go before mobile payments become standard for Americans. A survey from Accenture showed that 45 percent of consumers worry that purchasing items with a smartphone would jeopardize their security, which 37 percent are concerned about privacy. Another 37 percent still simply prefer paying in cash or with credit or ACH cards. However, 49 percent expressed an interest in person-to-person payments.

The key to mobile payment adoption, it seems, is added value. Accenture discovered that 33 percent of non-users might start making these transactions if they provided features such as receipt-tracking and financial management tools or if their gadgets could also be used to prove their insurance status or identification. Of those who already make mobile payments, 60 percent would use apps with greater frequency often if they were provided with more instant coupons. Forty-six percent would increase the amount of mpayments they make if they received more short-term location-based offers.

The potential for businesses to better their bottom lines through the deployment of mobile payments technologies is great. In order for these benefits to be fully realized, companies must be willing to become educated about emerging transaction methods and take a leap into the future.