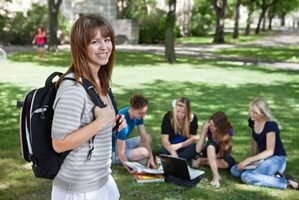 The mobile payments industry has been growing more popular in recent years, with many consumers opting to enable their smartphones to connect with bank accounts, credit cards or ACH cards. While the numbers point to 2013 being the year these new transaction methods truly takes hold, it may become apparent that some populations are more eager to adopt new payment technologies than others. According to a recent survey, U.S. college students may be this new commerce method's most enthusiastic demographic.

The study, conducted by Study Breaks and Campus2Careers, collected data from 689 U.S. college students and found that a staggering 90 percent of respondents used their mobile devices, including smartphones and tablets, to search for deals. Even more of those polled - 93 percent - implement mobile tools to find information relating to businesses, such as reviews, indicating that mobile commerce may have even farther reaching effects on businesses.

Only 10 percent of college students reported never using their devices to find savings for purchases.

The researchers also discovered that many of those polled were receptive to other emerging payment technologies such as QR codes, which 46 percent of respondents had scanned to obtain deals.

Mobile payments are one area of commerce that merchants may do well to pay more attention to in the coming year. According to Forrester Research, these payments totaled more than $12.8 billion in 2012, and the firm forecasted that this figure is set to grow significantly in the next few years. By 2017, researchers estimated that the industry exceed $90 billion.

"Historically, in-store contactless payments have suffered from the classic chicken-or-egg standoff, with merchants waiting for consumer adoption and vice versa, but we are headed toward a truce," said Denee Carrington, a Forrester Research analyst. "2013 will be a year of testing and learning."

As vendors learn to better implement mobile payments technology, they may become a useful tool for consumers. This new kind of commerce represents a different way that individuals can strengthen their consumer credit report with positive payment histories, which may be especially important for college students who will soon be faced with paying back student loans. Even by engaging in smaller transactions like buying a cup of coffee, people can continuously improve their credit history if they make purchases responsibly and pay off any bills at the end of the month.
Electronic Payment Risk