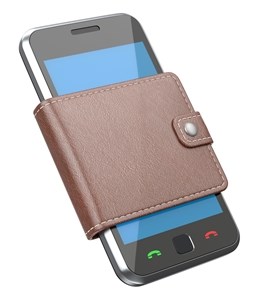 Just as credit and debit cards have made paper money less prevalent, smartphones may be set to overtake plastic as consumers' preferred payment method. Despite the considerable ground mobile payments still have to gain, the technology seems poised to affect a significant change in the commerce landscape.

Business Insider recently announced that it released a study on the mobile commerce trend. The report showed that mobile transactions were still a relatively small component of total commerce via ACH cards, accounting for just 2 percent. However, the annual growth of mobile payments since 2008 has averaged 118 percent, with Africa and Asia Pacific seeing even more rapid growth, according to the news source.

In fact, United States residents may not realize just how widespread mobile payment methods have become.

According to Ventures Africa, $14.2 billion in transactions occurred on mobile platforms in Kenya this year, up from $11.6 billion in 2012. Further, this growth came despite potential roadblocks.

"By broadening the universe of businesses who accept this form of payment we are seeing a greater recognition that it is quicker, easier, cheaper and safer to pay for products and services," Collymore said, according to the news source.

Meanwhile, Danske Bank recently announced that it would be the first financial institution in Lithuania to support mobile payments, promising to simultaneously streamline commerce and help users tap their smartphones' full potential.

Startups bring innovation to the platform
In the U.S., small to medium-sized business in particular are opting to streamline their point of sale (POS) systems by adopting tablets and smartphones instead of cash registers, and mobile payments startups and app developers are attracting more and more funding, Business Insider noted.

TechCrunch recently reported that young payments technology firm Loop had developed a solution that allows users to make purchases via their smartphones even if the POS system they're paying through doesn't have mobile-specific support. A special case or dongle allows the phone to make payments when held close to the magnetic card reader. Loop CEO Will Graylin thinks the relatively simple technology hadn't been developed yet because firms were intimidated by the industry's complexities, as well as the daunting task of convincing consumers to adopt an unfamiliar behavior, the news source noted.

Flint Mobile, another startup in the field, developed a mobile payment solution compatible with both Android and iOS by using devices' built-in camera sensors and internal software to conduct transactions, GigaOM reported. The firm is hoping to attract smaller business who currently only accept cash because of the costs associated with credit card processing. Flint's pricing is competitive not only because they charge a flat 2.95 percent for credit purchases and 1.95 percent for debit, but also because their system avoids businesses having to buy extra hardware and equipment, the news source noted.