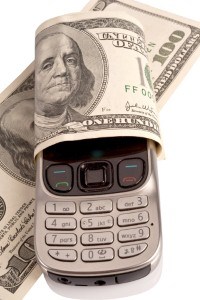 Merchants, banks, consumers and more have all jumped on the mobile payment bandwagon in recent years, as the industry continues to grow at breathtaking rates. The convenience, efficiency and flexibility of the alternative credit and payment method have bolstered its success, forcing all merchants and payment processors to consider initiating a mobile strategy. Business Insider recently reported that Starbucks, the Seattle, Washington-based coffee franchise, will be expanding its already massive mobile payment services to customers in Canada and the United Kingdom. This comes after the corporation witnessed immense success in the United States, where more than 55 million transactions occurred on mobile devices. The news provider cited data from the U.S. Federal Reserve, which revealed a growing trend of consumer preference for an internet-enabled smartphone, one with which they can purchase goods, check bank account balances, reconcile other financial obligations and more. Among the biggest drivers of the mobile payments industry has been its uncanny ability to reach the millions of underbanked citizens in the United States. Earlier this year, American Banker reported that the underbanked had used mobile-based access to financial institutions at a higher rate than the average American. Additionally, a disproportionately higher number of the underbanked own a smartphone, the source noted.
Electronic Payment Risk