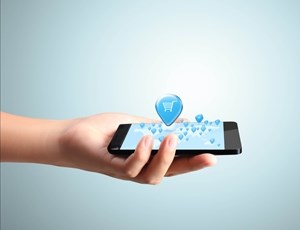 The rise of electronic payments has led customers to expect to be able to purchase items whenever they want and from any location. As a result, mobile ecommerce strategies are quickly becoming a preferred shopping platform.

A recent IBM study found that Christmas Day mobile sales increased 29.6 percent compared to a year ago, with both Apple and Android devices contributing to the growth.

"The report suggests that this was the year of the iPad, not just as a device for shopping and browsing retail websites but also as the gift of choice on Christmas Day," said Chris Withers, head of smarter commerce at IBM U.K., according to the Retail Gazette. "This provides another clear reminder to retailers of the need to optimize browsing experiences for mobile devices."

In a recent report for Multichannel Merchant, Mike DeFabis, business development manager at IDS Logistics, advocated that companies implement more online payment strategies with ecommerce numbers expected to grow in 2013. In particular, they should develop mobile versions of their websites so that shoppers can make purchases on the go.

Therefore, DeFabis suggested that companies utilize these tools, and the growing popularity of mobile ecommerce, as a means of growing their business.